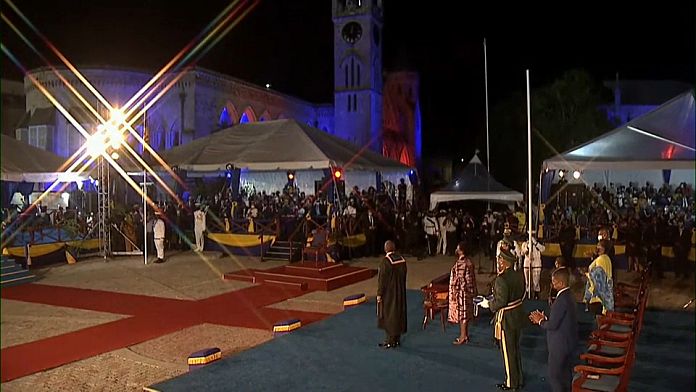 Barbados is officially a Republic, and its first president is Sandra Prunella Mason. Elected last October by indirect universal suffrage, it is she who will now preside over the destinies of this Caribbean microstate.

The Barbados flag replaced that of the United Kingdom, and one of the first acts of the new presidency was to declare Barbados-born artist Rihanna a national heroine.

It was Prime Minister Mia Mottley who announced Rihanna’s honor.

Elisabeth II therefore lost all sovereignty over the island, but Prince Charles was still present to greet “extraordinary strength of soul” residents of Barbados:

“From the darkest days of our past, and the appalling atrocity of slavery, which forever marred our history, the people of this island have forged their way with extraordinary strength of soul. Emancipation, l autonomy and independence have been your benchmarks. Freedom, justice and self-determination have been your guides. “

Although the island had already been independent from the United Kingdom since 1966, it took a long time to organize its transition from monarchy to republican rule, which for four centuries was subject to the British crown.

Barbados, with its 300,000 inhabitants, followed in the footsteps of Fiji in 1987 and Mauritius in 1992, which became republics after Dominica and Trinidad and Tobago in the 1970s.