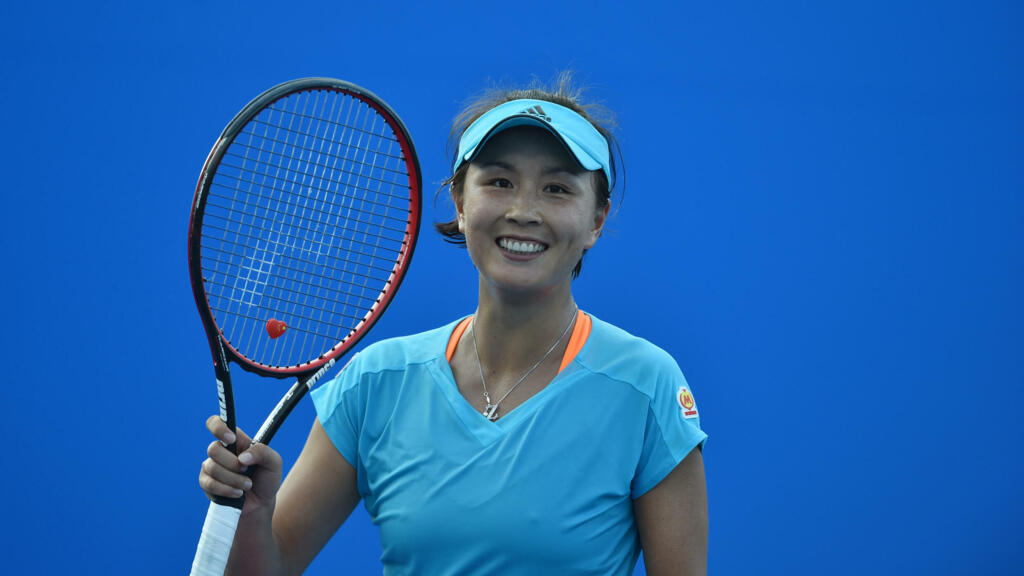 The Chinese tennis player Peng Shuai, whose silence, after accusations of rape against a senior Chinese leader, had worried the world in November, affirms in “The Team” to have dined Saturday with the president of the International Olympic Committee Thomas Bach. She also repeats that she has “never disappeared” and indicates that she has ended her professional career.

The Chinese Peng Shuai, whose personal situation has been worrying the world since November, met the President of the International Olympic Committee (IOC) Thomas Bach on Saturday February 5 on the sidelines of the Beijing Olympics, confirming in an interview with the newspaper L’Équipe that she does not had, according to her, “never disappeared”.

During the “dinner”, which took place “Saturday, we were able to discuss a lot and exchange pleasantly”, explains the tennis player, in the interview published Monday on the website of the French sports daily.

“He asked me if I was considering returning to competition, what were my plans, what I was considering, etc.”, explains Peng Shuai, met by two journalists from L’Équipe in a hotel located in the bubble Olympic.

Peng Shuai had accused a former Chinese leader in early November of forcing her to have sex during a relationship that lasted several years. After these remarks made on a social network and quickly deleted from the Chinese Internet, Peng Shuai, former world No.1 in doubles, then disappeared, causing concern in the world of tennis and sport, until she talks by videoconference with Thomas Bach, on November 21.

Dressed in a red and black tracksuit, Peng Shuai, 36, “appeared in good shape” according to the journalists who carried out the interview, her first since November.

In this interview, she explains that she had “never disappeared”. “It’s just that a lot of people, like my friends including from the IOC, sent me messages, and it was quite impossible to reply to so many messages. But, with my close friends, I always stayed in close contact. , I discussed with them, answered their emails, I also discussed with the WTA…”, she adds.

On Thursday, two days before the meeting between Thomas Bach and Peng Shuai, the IOC said it would “support” Peng Shuai if she were to demand the opening of an investigation into the accusations of forced sex she made against a former Chinese leader.

“If she wants an investigation (into these accusations), of course we will support her, but it must be her decision, it’s her life, these are her accusations. We had the accusations and we also heard the withdrawal” of these accusations, said Thomas Bach during a press conference on the eve of the opening ceremony of the 2022 Olympics.

Asked about the facts that led to this case and the “sexual assault” suffered, Peng Shuai denies, just as she returns to her message posted on a social network, a message which quickly disappeared.

“Sexual assault? I never said anyone sexually assaulted me,” she insists. Why was the accusing message deleted? “Because I wanted to,” she replies.

Asked about her life since November, Peng Shuai explains that she “is as she should be: nothing special…”

“First of all, I would like people to understand who I am: I’m a completely normal girl. Sometimes I’m calm, sometimes I’m happy, sometimes I feel sad, or I can feel very stressed , subjected to very strong pressure … All the emotions and normal reactions that inhabit women, I live them and feel them too”, she continues.

She also takes advantage of this exchange to announce that she is ending her professional career except perhaps “in a veteran team”, she laughs. “Tennis has transformed my life, brought me joy, challenges and so much more. Even if I no longer participate in professional competitions, I will forever be a tennis player,” she insists. .

Since the start of the case, the player had simply appeared on videos showing her attending sporting events, without allaying fears about her full freedom of movement.

PSG and Manchester ready ahead of their Champions League clash

CAN-2022: Senegal qualified for the quarters without shining against Cape Verde (2-0)