Author of a very high-level start to the season, PSG experienced its first blow in the league before the international break against a twirling team of Stade Rennais. A black spot in the table of the Parisians, who then remained on a series of 8 wins in 8 games. An accident that the Red and Blue count very quickly erase in the face of the SCO d’Angers, 4th in Ligue 1. However, Mauricio Pochettino will have to deprive themselves of an impressive number of players executives for this meeting. What to observe an unpublished compo this Friday.

PSG: Pochettino will have to do without his stars against Angers

It’s hecatomb in Paris! While the international break is coming to an end, several senior players of the Red and Blue squad will have this Friday to play again a match with their selection. This is the case of Lionel Messi, Angel Di Maria and Leandro Paredes, who receive in the night from Thursday to Friday Peru, likewise for Neymar and Marquinhos, who will face Uruguay at the same time with the Seleção. A real disappointment for PSG, who can not afford to lose so many great players against Angevins who make a remarkable start to the season. 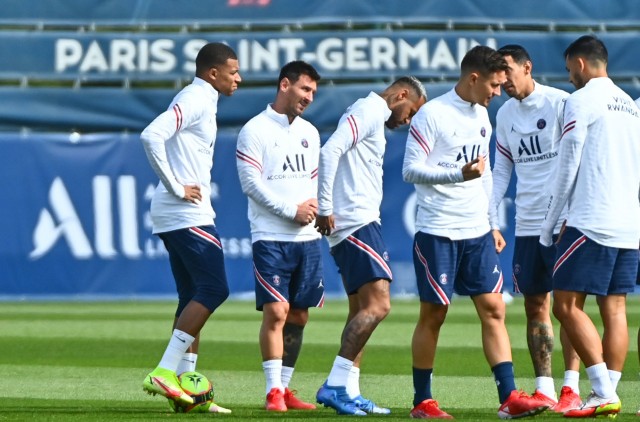 In addition to these absences related to the truce, Paris has received two very bad news in the last 24 hours. First, about its Costa Rican doorman Keylor Navas, who injured his right adductor with his selection. The old rampart of Real Madrid will therefore leave its place to Gianluigi Donnarumma. Another Real figure, the summer recruit Sergio Ramosne will also not make his big debut against the SCO. Despite the green light of the medical staff, the leaders of Paris Saint-Germain prefer to wait to take no risk. Thus, from the goalkeeper position to the offensive sector, PSG should know a totally reshuffled team on Friday.

Likely compo of PSG against the SCO

Also of note, the Spanish defender Juan Bernat could make his return to the band after more than a year without playing.

PSG-Angers, a meeting to follow on Amazon Prime at 21h.

Barça confirms a low blow from Neymar against Paris

Brozovic, Leonardo gets a thrilling response!