On the eve of the Classico against OM, PSG took stock of its squad, including Neymar, the Brazilian star of the Red and Blue. Mauricio Pochettino is now set on his player for the trip to Marseille.

Neymar in the PSG group against OM 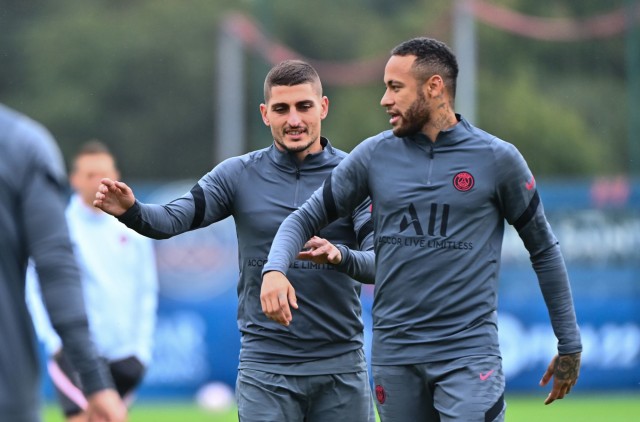 Good news for Mauricio Pochettino and the Paris Saint-Germain. Solid leader in the standings after 10 matches, the capital club will be able to count on Neymar for the Classico on Sunday night on the lawn of the Velodrome Stadium. Absent against Angers (2-1) in Ligue 1 then against RB Leipzig (3-2) in the Champions League, first for rest then due to an adductor discomfort, the Brazilian international will be well present in the PSG group for the closing of the 11th day of the French championship against OM.

After resuming training on Friday with his teammates, the Parisian number 10 also participated in this Saturday’s session, on the eve of the match, and his presence in Pochettino’s group is now an acquired after the publication of the medical point of the capital club. Mauricio Pochettino will thus have an almost complete squad, with only three absentees to deplore: Leandro Paredes, Sergio Ramos and the third goalkeeper Sergio Rico. Other away Tuesday night against Leipzig, Mauro Icardi will also be present for this trip to Marseille despite his couple worries that lasts. Again, it was Mauricio Pochettino who confirmed it in front of the press this Saturday.

“Icardi is a mentally strong player. He was not with us against Leipzig, but he was in training this morning and he will be in the group tomorrow. From the president to the players to the players, we are all there to help him at any time. He is fine, he has trained well and he is available to the group”, said the Argentine technician.

The medical point before the classic

– Leandro Paredes injured his right quadriceps in the last game with the national team. The return to competition is scheduled after the next international break.

– Sergio Ramos continues individualized training under the control of the medical staff and performance for a few more days in order to return to collective training.

– Sergio Rico suffered a sprained thumb in his left hand during today’s practice. His return to training is expected in a week.

Big news for Bosz for the clash against OGC Nice!