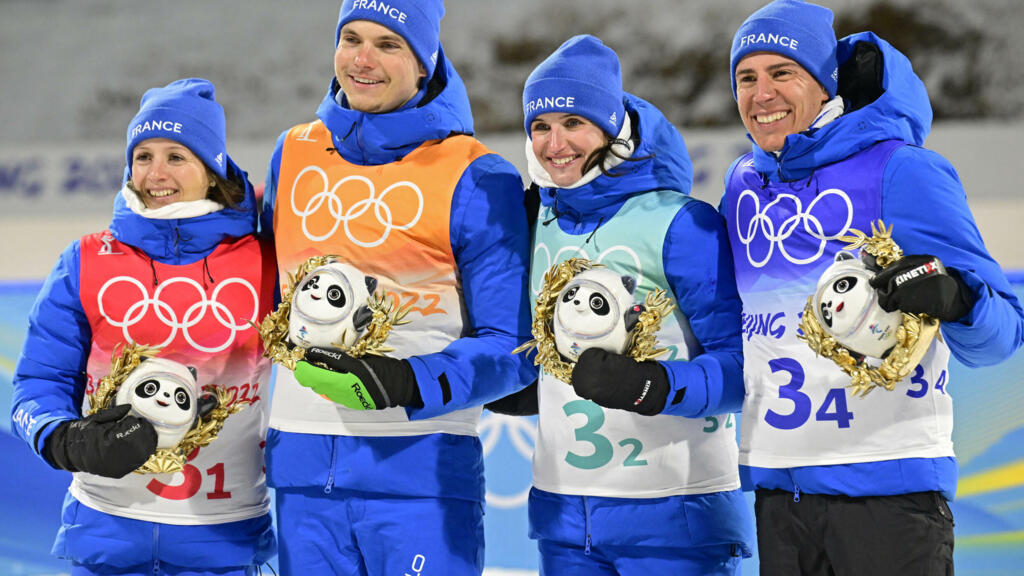 French biathletes on Saturday offered their first medal to the French delegation at the Beijing Winter Olympics by winning silver in the mixed relay.

The biathletes have, as expected, opened the counter of French medals to Beijing Olympics by winning, on Saturday February 5, silver in the mixed relay, behind Norway.

Anaïs Chevalier-Bouchet, Julia Simon, Emilien Jacquelin and Quentin Fillon Maillet were unable to repeat the feat of their elders in 2018, including Martin Fourcade, Olympic champions in this mixed relay, but they still managed to get away perfectly. a terribly tricky race.

Fillon-Maillet, the last torchbearer, only gave in in the sprint ahead of Johannes Boe while the Russian Eduard Latypov finished on their spatulas (3rd) after a race full of twists and turns.

Biathlon, the second largest supplier of medals at the Winter Games for France, will be content with money to put its Olympic fortnight into orbit. French biathletes can make a real raid, with a highly anticipated match, both for men and women, with Norway, the other dominant nation in the discipline.

Julia Simon, almost perfect on shooting and on skis

On Saturday to launch hostilities, Anaïs Chevalier-Bouchet had major problems on the launch pad, in very strong wind conditions. She managed to limit the breakage on the prone shot, but standing up, she failed to hit the five targets despite her three “pickaxes” (or refills authorized in relay), which forced her to take a turn on the penalty ring.

Julia Simon, almost perfect on the shot (two “pickaxes”), while the other nations were struggling, and on skis, completely revived the Blues passing the baton to Emilien Jacquelin in the lead. After eight blanked targets, the world No.2 cracked to go for two penalty laps.

Quentin Fillon Maillet was in the fight until the end with the Norwegian Johannes Boe and the Russian Eduard Latypov. It was finally Boe, who had been in contact for two days and only authorized to leave his room to train and take part in competitions, who settled the final sprint with great beauty, Fillon Maillet getting the better of Latypov.

After a day without races on Sunday, the biathletes have an appointment again on Monday and Tuesday with the freezing cold of Zhangjiakou for the individual races: first the women (15 km) then the men (20 km).