After a half-hearted start to the season, the LOSC finally breathe, getting this weekend a second straight win in Ligue 1 against Strasbourg. This Wednesday, the test will be tough for the Mastiffs who must face a promising team from the RB Salzburg in the Champions League. Check out the likely lineup of Lille for tonight’s clash.

LOSC: Gourvennec has chosen its number 9

It’s the big day for the French champions, after a regrettable draw against Wolfsburg (0-0), Lille will play this Wednesday evening a decisive match of Champions League against RB Salzburg. Very experienced in European competition, the Austrian team starts favorite for tonight. The formation of Matthias Jaissle had lived a rocambolesque part against FC Sevilla, on the first day, marked by obtaining 4 penalties. 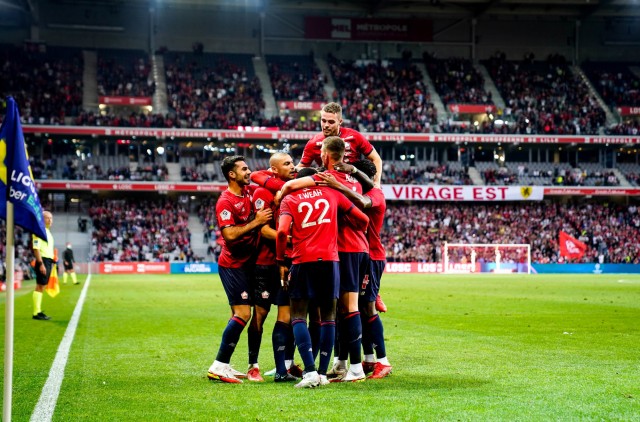 To thwart the plans of the RB Salzburg, Jocelyn Gourvennec should opt for a classic 4-4-2, experienced since the resumption of the championship. Still without Renato Sanches and Jonathan Bamba, both injured, the Northerners should return the same team as against the RCSA, except for one position, that of the second striker. Started alongside Jonathan David, the young Timothy Weah, yet very good against the Alsatians should give way to the experienced Burak Yilmaz. Placed on the bench this weekend, the Turk has a profile complementary to that of David, and should unsurprisingly assume the role of second scorer tonight.

Composition of the LOSC against Salzburg :

Mastiffs will be able to count on a Jonathan David in great form, author of 3 goals in the last two Lille successes. On the other hand, his attacking partner Yilmaz, seems less fit since this summer, especially after his failed Euro with Turkey. Great architect of the success of LOSC last season, the former Besiktas player has scored only two goals since the beginning of the season.

A meeting to follow from 21h on Canal+ Sport and RMC Sport 1.