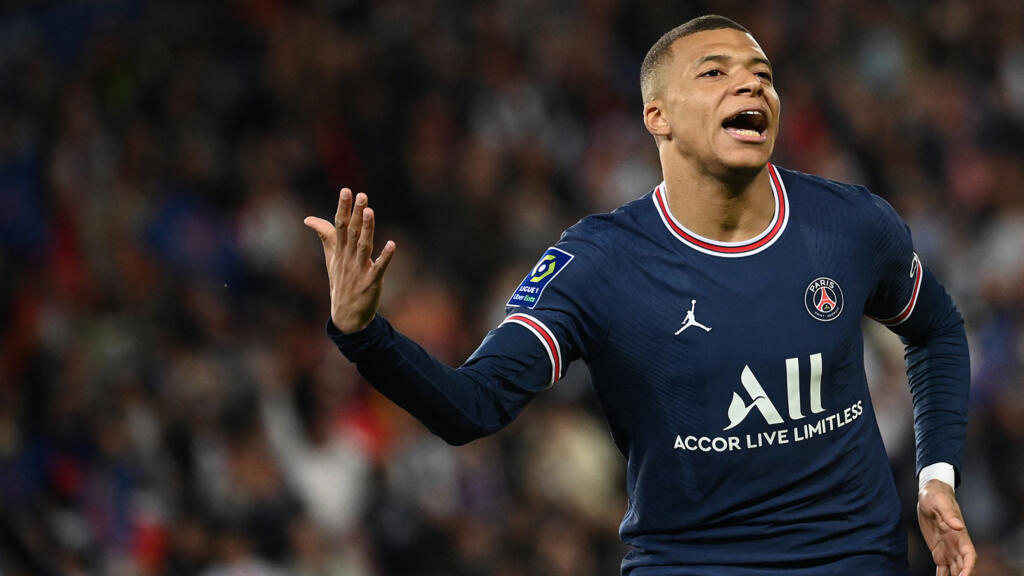 By drawing against Lens on Saturday (1-1), PSG won the tenth French championship of its existence. A coronation with a bitter taste for the supporters, who expect much more from Paris, especially in the Champions League, and which does not answer the many questions about the future of the club.

And 10! By sharing the points against Lens (1-1), – goals from Lionel Messi in the 68thand and Corentin Jean at the 88and -, PSG secured the tenth title of champion of France in its history, Saturday, April 23. A new title that allows the team to join Saint-Étienne at the top of the French charts.

Like the Greens, PSG won the right to sew a star circled in blue-white-red on its jersey to celebrate ten titles. The modalities remain to be defined: if the European tradition goes rather to an embroidered star on the chest at the level of the club logo, Paris would consider integrating it into the logo of the Professional Football League (LFP), on the right sleeve, according to the team.

Eliminated in 8and of the Champions League final by the Real Madrid after a crushing defeat in the second leg (1-0, 1-3), released in the Coupe de France by Nice (0-0, 6 pens to 5), beaten even in the Champions Trophy by Lille (1-0), the club from the French capital will not win “than” the L1 this season.

What does PSG need to win a European Cup ?

The supporters have become accustomed to pomp and caviar, with doubles and even triples of titles. Even this new record of 10 championship titles leaves them cold. And for good reason, on his arrival, President Nasser al-Khelaïfi had written the roadmap: to win the Champions League within five years.

Eleven years later, the “Coupe with big ears” still and always resists the soft eyes of Parisians. With the sovereign fund of Qatar as owner, PSG reached the semi-finals twice (2020, 2021) and even touched the trophy in 2020, with the final lost against Bayern Munich. But, alongside these two great years, PSG have multiplied the humiliations between historical “remontada” in Barcelona (2017)the unlikely “comeback” of a Manchester United deprived of its executives (2019) and now this hat-trick in fifteen minutes from Benzema, who took Paris out of the most beautiful of European competitions in 2022.

After reaching the last four twice in the past two years, 2022 was to be the right one for Paris. To do this, the sports management had paid an XXL transfer window with the arrivals of Achraf Hakimi, Georginio Wijnaldum, Gianluigi Donnarumma, Sergio Ramos and, above all, Lionel Messi. A golden recruitment which should allow Paris to finally “dream bigger”, according to its motto. Alas, the supporters have never been so bored in front of Paris matches and the Argentinian superstar Lionel Messi was less transcendent than at FC Barcelona, ​​relegating the promise of a shimmering Messi-Mbappé-Neymar attacking trident to the rank of chimera.

Where will Pochettino go to win a European Cup?

In any club, the culprit of the new debacle would be found in the person of the coach. Mauricio Pochettino, who arrived at PSG in January 2021, is the perfect scapegoat. Under his leadership, Paris has so far only won one title, successively dropping the 2021 and 2022 French Cups, the championship in 2021 and even the 2021 Champions Trophy.

However, history has proven that in Paris the evil is deeper than just a coaching story. The last three technicians passed to this post had also been criticized in their time. But, since their departure from PSG, all have lifted a European trophy. Pochettino’s predecessor, Thomas Tuchel, thus won the Champions League with Chelsea last year. His own predecessor, Unai Emery won the Europa League the same year with Villarreal and managed to qualify the “yellow submarine” for the semi-finals of the Champions League. This does not prevent Paris from openly courting Zinedine Zidane to take control.

Ahead of the game against Angers, Pochettino spoke about his future for the first time and suggested he wanted to stay. “I have one year left on my contract, so logically it’s not a question of will but a contractual question”, launches the Argentinian, who has “still intact this desire for revenge” in C1.

But “the season is not over”, then underlined “Poche”, and when the objective of the title “will be fulfilled, it will be time to sit down together to draw the future of the team”, a- he completed. It is now done.

On the side of the Ultras of the club, we rather attack the management of the club. On March 12, the Collectif Ultras Paris (CUP) called for al-Khelaïfi’s departure in a statement. “There is nothing personal here, but it is clear that he is not the man for the job,” wrote the CUP. “The situation of the club now requires a complete reorganization, at all levels, and the daily presence of its president.” Since then, the supporters have started a strike of encouragement, like against Marseille during the “Clasico”.

However, the palace revolution does not seem to be on the agenda, as Nasser al-Khelaïfi has the ear of the Emir of Qatar and has gradually imposed himself in all the institutions of French and European football. .

The future of Kylian Mbappe : in Paris, Madrid or elsewhere ?

In addition to the sports management, the Parisian supporters are kept spellbound by a soap opera that has been going on since last summer: the prodigy Kylian Mbappé, a native of the country at the end of his contract and by far the best player in the team this year, will go he write the rest of his story away from Paris?

Real Madrid, where he dreams of playing, has been courting him for years. The fact that he still has not extended at the beginning of April, despite numerous proposals from PSG since last season already, does not encourage optimism about his future in Paris. However, the French star maintains the doubt. In recent months, the current top scorer and top provider in Ligue 1 has repeated: “No, I haven’t made my choice, I haven’t made my decision, I’m thinking. There are new elements, there are a lot of parameters.

Mbappé on his future: “No, I did not make my choice. I take my time and I want to make the best decision possible. If I had made up my mind, I would have said so. »


Madrid’s disaster in March in the Champions League, his obsession, seemed to have instilled in Mbappé the idea that it was impossible for him to lift the “Cup with the big ears” while staying in the capital. But this player, eager to mark the history of his sport, also knows that he would distinguish himself more by winning the first of PSG than the umpteenth of the “White House”, which already has thirteen.

Among the other parameters, there is always Mbappé’s place in “the project”: he has repeated enough that he wants responsibilities, perhaps sanctified by the captain’s armband.

The question is certainly not financial, a source familiar with the matter reminded AFP that “the money, Kylian will have it everywhere” where he could play. With the 10and title of his team, the definitive answer as to his future could come sooner than expected.

Qatar, still in control after its World Cup ?

After the umpteenth humiliation in the Champions League and with the World Cup in Qatar fast approaching (November and December 2022), the question of the sustainability of Qatar’s commitment to PSG begins to arise.

Nasser al-Khelaïfi quickly denied the rumours, saying that the question did not even arise in a BBC interview, March 30. “We bought the club for 70 million euros. We have since received offers of several billion,” he revealed. The news of a takeover was then qualified as “fake news” by the management with each new rumor.

However, at the end of March, the Team put forward the hypothesis of a possible change in the sporting paradigm. After taking off the PSG brand abroad, the policy of stacking stars would have died. Place could be made for a more collective model and geared towards the young talents of the training center. Going from flashy to profitable, failing to “dream bigger”.

Basketball – NBA: Covid-19, vaccine… Towards a thunderclap in Brooklyn for Kyrie Irving?

On the Internet, “body shaming” is less popular