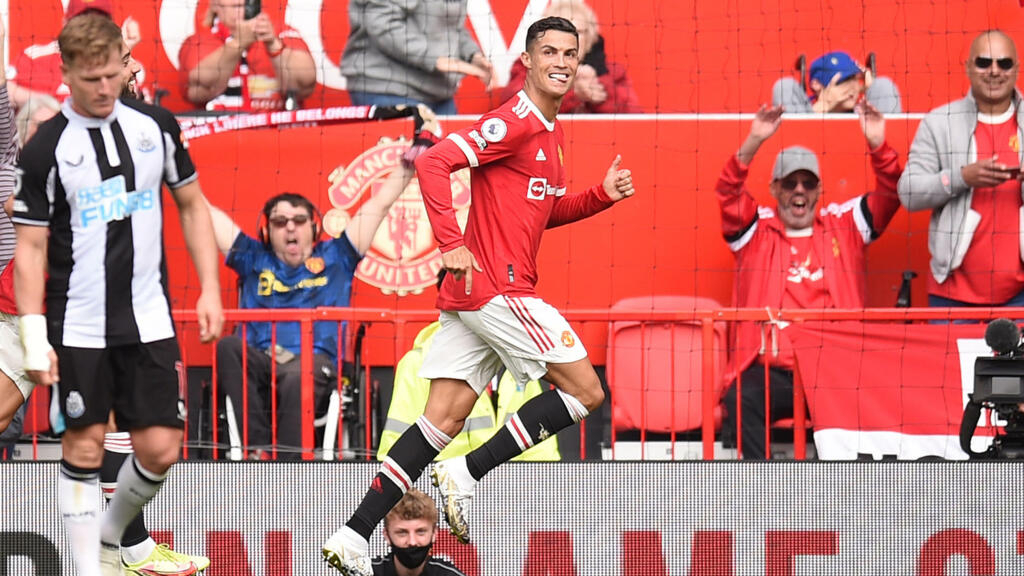 Winner against Clermont, PSG flies over the French championship before the resumption of the Champions League. In England, Cristiano Ronaldo did not need time to adapt for his return to Manchester United. Unlike Griezmann, transparent for his” comeback ” at Atlético Madrid.

The SCO d’Angers remains the dauphin of Paris Saint-Germain: battered in Brest, the Angevins still preserved their invincibility and their good dynamics by snatching the draw (1-1) in Brittany. While Romain Faivre had opened the scoring on penalty (62e), the SCO equalized thanks to Thomas Mangani on another penalty (78e).

This result keeps the SCO (11 pts) in the wake of PSG, impeccable leader (15 pts) who scattered puzzle way the promoted Clermont at home (4-0).

🤝 Brestois and Angevins leave each other good friends.

Dominated much of the match, Angers was able to return to the score and remains unbeaten after five days, with only two goals conceded ! 💪# SB29SCO – pic.twitter.com/xEl4SBW0yi

Marseille, winner of Monaco in a derby blooming good the Mediterranean, completes the podium while the men of Sampaoli count one less match. Olympique de Marseille can thank Bamba Dieng. The Senegalese striker scored his first two goals of his career in Ligue 1 during the victory of OM (2-0).

Lyon logically won at the expense of Strasbourg (3-1), thus winning its second victory of rank this season, Sunday at the close of the fifth day of Ligue 1, auspicious just before finding the Europa League next Thursday.

Carried by the ideal return of Cristiano Ronaldo, holder and author of a double against Newcastle (4-1), Manchester United took advantage of Tottenham’s heavy misstep at Crystal Palace (3-0) to take the lead on the fourth day of the Premier League.

With ten points and a goal difference of +8, the Mancunians are only ahead of Chelsea in the number of goals scored and are tied with Liverpool, Sunday’s winner of Leeds (3-0). Everton can join the two leaders at the top of the league in the event of a big win on Monday against Burnley.

AC Milan continued their faultless streak in Serie A with a third win in three games against Lazio Rome (2-0), punctuated by a goal from Zlatan Ibrahimovic, back after four months away from the field.

Like Milan and Napoli, winner of Juventus (2-1), Roma also continued to fill up with another victory snatched at the end of a crazy match against Sassuolo (2-1), to celebrate with dignity the 1 000e match as coach of Jose Mourinho.

On the other hand, Inter Milan dropped their first points against Sampdoria (2-2) three days from challenging Real Madrid in C1. The Nerazzurri however led twice, thanks to a free kick from Federico Dimarco (18e) then a volley from Lautaro Martinez (44e). But Samp was able to come back in an open game by Maya Yoshida, helped by a deflection of Edin Dzeko (32e), then Tommaso Augello with a beautiful volley (47e).

At the bottom of the table, Franck Ribery made his debut with Salernitana but without avoiding the promoted a third defeat in three matches, against Torino (0-4).

Stripped by Bayern in the offseason of three of its master assets – coach Julian Nagelsmann, central defender Dayot Upamecano and midfielder Marcel Sabitzer –, so the RB did not resist the Bavarian steamroller, who inflicted a violent 4-1 on him on his own turf. With three defeats and only one win this season, Leipzig are tenth, already nine points off the top of the league.

Meanwhile, it is Wolfsburg, a 2-0 winner at promoted Fürth, who are still ahead, being the only club with four wins in as many games.

The best show of the day was however offered in the other clash, Leverkusen-Dortmund, won 4-3 by Borussia after a committed and spectacular game. With his double, Erling Haaland took his Bundesliga goal tally to 45 from 46 matches. The Yellow and Black are now third, three points behind Wolfsburg.

The French of Real are in the spotlight… The “White House” had started their game poorly, conceding a goal from Santi Mina after only 4 minutes of play, but Karim Benzema (three goals and one assist) led his team to victory.

And in the wake of the stratospheric performance of the French forward, his compatriot Camavinga, the young midfielder of 18 years recruited by Real at the end of August from Rennes, also scored his first goal just five minutes after coming on in place of Eden Hazard (72e).

He only needed 6 minutes to find the net! 🔥 pic.twitter.com/bFzjG2ASlI


A full evening for Carlo Ancelotti’s men, who return to the top of the table at the height of Valencia and Atlético, respectively winners of Osasuna 4-1 and Espanyol Barcelona 2-1 in the afternoon.

In the other Madrid club, Antoine Griezmann missed his return to his roots. The French striker, who returned on loan from FC Barcelona on the last day of the summer transfer window, hardly shone with the “Colchoneros”. He even left his place at the hour mark. It was finally another Frenchman, Thomas Lemar, who snatched the victory (1-2) for the Colchoneros on the field of Espanyol Barcelona in the last moments (90+9).