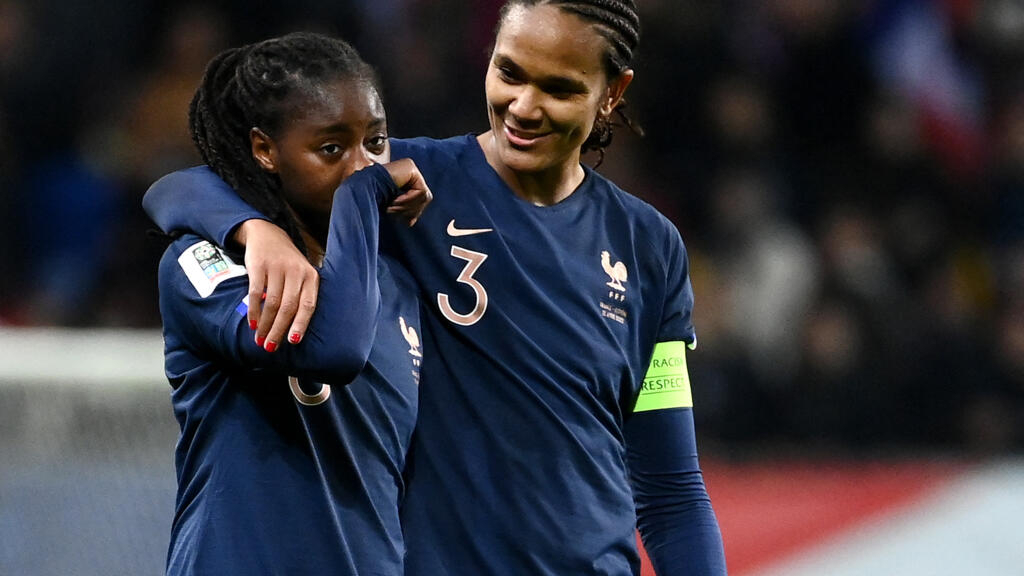 The French women’s football team struggled but won on Tuesday against Slovenia (1-0). An eighth success in as many meetings which allows him to win his ticket for the World Cup-2023 in Australia and New Zealand.

Three months before the Euro, the French team women’s soccer already has good news. She is already qualified for the World Cup-2023 thanks to her narrow victory Tuesday, April 12 against Slovenia.

In front of some 10,000 spectators at Le Mans, Corinne Deacon’s players scored an eighth victory in as many meetings in this qualifying run, clearing the way for Australia and New Zealand even before the last two meetings in September. .

France had to fight

On Tuesday, the French women however struggled for a long time before making the 47th nation bend in the Fifa rankings, offering two diametrically opposed faces from one period to another: imprecise and sometimes tender before the break, voluntary and dangerous after.

The doubts born before half-time also flew away as soon as they returned from the locker room, with a goal scored after just two minutes by Delphine Cascarino (48th).

Released, the Blues then pressed on the mushroom and set fire to the Slovenian defense, saved by a post on a header from Renard (53rd) then feverish with each tricolor incursion, as on this attempt to snatch Marie-Antoinette Katoto (58th) well served by Sandy Baltimore.

The latter was one of the lucky winners propelled at the kick-off by Deacon who, contrary to expectations, had opted for a team composed half of usual substitutes.

The Parisian winger lit several fuses, with sudden accelerations and several shots on goal, without finding the flaw or always being very fair. But it is she who makes the difference for Clara Matéo, decisive passer on the opener.

The Paris FC striker, too, is one of the winners of the evening. She took advantage of a new opportunity offered to show herself, displaying availability, volume of play and commitment. Matéo played big on this stage while the list for the Euro is expected at the end of May, but she was not the only one.

A notch below her, defensive midfielder Ella Palis had the pressure of the one who must earn her place for the European Championship. It’s “time” to “review” the 23-year-old Bordelaise, Deacon explained, summoning her at the expense of Kheira Hamraoui.

Charlotte Bilbault’s understudy seized the opportunity and returned a clean copy, for his 2nd tenure a year after the first, which gives him the right to hope to see England this summer.

Three months before their entry into the running, on July 10 against Italy, the Blues know however that they will have to raise their level even further to hope to win a first international title.

The first period can serve as a useful reminder. Pauline Peyraud-Magnin was used on a lob (8th), dove into the feet of a threatening opponent (43rd, 90th + 1) and was saved by an offside after having badly repelled an aerial ball (9th).

There is still work to be done for Les Bleues, whose series of 12 straight victories, unprecedented since the record of 17 consecutive successes achieved between August 2011 and July 2012, can act as a sham.