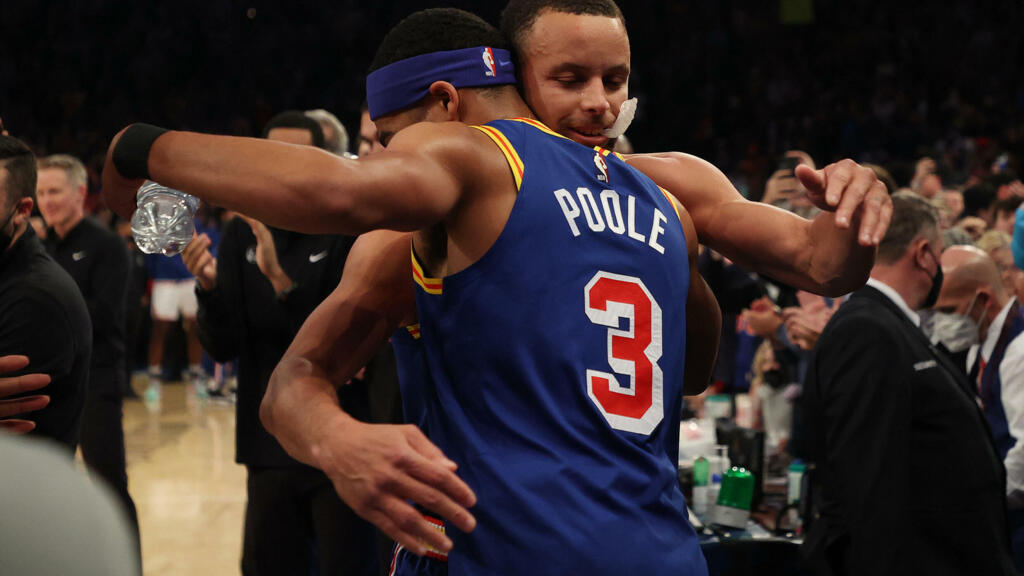 He dethrones Ray Allen and thus becomes the best “shooter”, or marksman, of all time in NBA. Stephen Curry broke, Tuesday, December 14, the record for the number of 3-point baskets scored in regular seasons. An achievement immediately celebrated in the world of basketball.

It was necessary for the star of the Warriors to score two shots at long distance to succeed in passing the 2,973 mark. What he hastened to do during the victory against the New York Knicks (105-96), from the first quarter, in less than five minutes and in three attempts, under the eyes of Ray Allen, as well as Reggie Miller, now third in this prestigious ranking.

These two legends, gave him a flocked jersey with the number 2 974 – far from being final! -, under the eyes of Spike Lee in effervescence sitting on the floor, and of his father, Dell Curry, a formidable former gunner who transmitted him the DNA of the sniper. Moments of intense emotion in the legendary Madison Square Garden, which gave him a huge ovation. So much so that the match stopped for five minutes.

“It’s a very, very special night, in such a venue … I can’t express how honored it is for me to see such a reaction,” said Curry, moved, just after the game.

Earlier, Lakers superstar LeBron James, got excited on Twitter : “I just saw Stephen Curry break the record and, even better, do it in the garden !! wow congratulations brother! Amazing!

“It’s exciting to see Steph break this record. He revolutionized the way basketball is played and continues to leave fans in awe of his extraordinary ability to shoot. Well done for this historic achievement,” responded the league boss. , Adam Silver.

More perhaps than having supplanted Allen, NBA champion with Boston (2008) then Miami (2013), it is the speed with which Curry has achieved this that is astounding. Where the first has scored 2,973 baskets in 1,300 games, his hunter will have put only 789 games to do better.

He now has only one record that escapes him to fill all the boxes: that of 14 shots scored in a single match by his teammate Klay Thompson.

Curry, who by his size (1.88 m, 84 kg) makes basketball accessible, offers a great continuous spectacle in the NBA. Able to succeed in tightrope walking movements in any position, he has made a specialty of unsheathed shots very far behind the arc.

There is not a corner of the floor where it has not hit the mark in its 13-year career, the images regularly circulating the world. Because his exploits, he commits them repeatedly, when others arrive only very occasionally.

And it’s a safe bet that it will be almost impossible to beat the record he will establish when his career comes to an end. Because at 33, he still has many good years ahead of him. With 2,977 baskets now on the clock, the 3,000 mark will be crossed in a few days, that of 4,000 will be within reach if it keeps up.