Author of a sensational transfer window, PSG is now thinking about its winter transfer window. The Red and Blue have been supervising the tricolour midfield for several months Paul Pogba, who sees his contract at Manchester United end next June. If the future of the Pickaxe remains uncertain to this day, everything could change today, with the announcement of a colossal contract offered to the player.

Despite an average game this weekend against West Ham, and a premature exit in the 73rd minute, Paul Pogba makes a thunderous start to the season, with already seven assists in five games. Crazy stats, which attract the strong interest of the greatest European cadors. Less than a year before the end of his contract in Manchester, the Frenchman sees its future still uncertain. PSG and Real Madrid supervise the player for several months, and have recently seen Barca add themselves to the list of contenders.

The president of Barcelona Joan Laporta is in permanent contact with the midfielder’s agent, Mino Raiola. The two men met a few days ago, and an agreement would have been established : if Barça shows interest, the agent will do everything to convince Pogba to go. Only, the Blaugranas could be overtaken by another stable, which is none other than Manchester United. The club of the 2018 world champion could finally make a foot of the nose to Barça, deciding to extend his star. 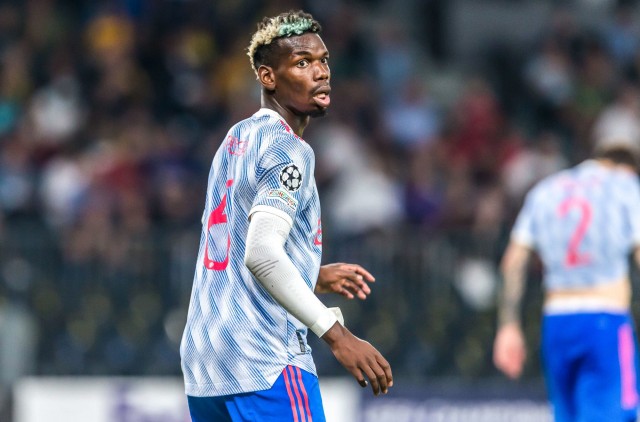 As the advance the Daily Express, the Red Devils would be ready to offer a colossal contract to the 28-year-old, so that he extends this summer in England. According to the tabloid, the recent performances of the Pickaxe would have convinced the Mancunian board. The latter would offer no less than 470 thousand pounds per week, or about€ 550k, for a total of 2.2 million euros per month. This salary is none other than the largest in the history of the Premier League. Enough to make the old Turin think.