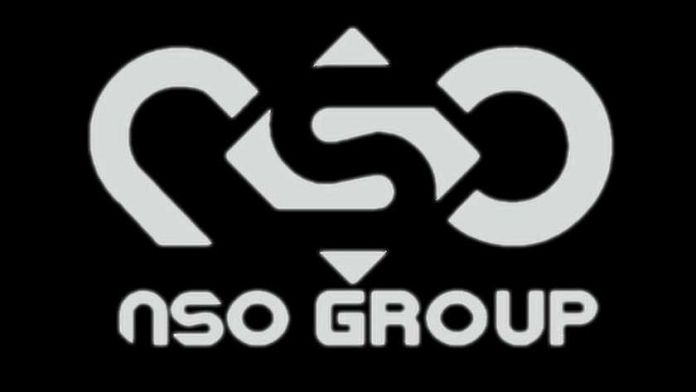 MEPs want answers on spyware Pegasus. For this the European Parliament wants to set up a commission of inquiry to understand how this scandal could have occurred.

The evidence accumulates against this device which made it possible to infiltrate the mobile phones politicians, journalists and activists in several countries.

The European Data Protection Supervisor is asking to ban Pegasus in the EU. Before the MEPs, the European Commissioner in charge of Justice, Didier Reynders, condemned “totally“Alleged attempts by national security services to illegally access information about political opponents.

Why is Pegasus considered dangerous?

Pegasus is spyware developed by an Israeli company : NSO Group. It can be installed on cellphones secretly. It allows you to recover messages, photos and listen to calls.

These revelations came to light after an international investigation carried out by some twenty media. This work showed that activists, journalists, lawyers and political figures were being tracked by the spyware.

The Pegasus project, led by the Forbidden Stories consortium and Amnesty International, won the first edition of the European Parliament’s Daphne Caruana Galizia prize for journalism in 2021.

EU member countries are affected by this scandal. In Poland, a Senate committee in January learned of documents that indicate that the Central Anti-Corruption Bureau (CBA) had purchased this software in 2017 with funds from the Ministry of Justice. The Law and Justice Party, in power in Warsaw, has decided to boycott the senate committee led by the opposition.

What is the EU doing?

The Renew Europe group in the European Parliament requested and obtained the creation of a commission of inquiry. MEP Sophie In’t Veld believes that with “the Pegasus spy scandal Europeans find themselves in the darkest times of our past (…) Considering that people have already been targeted by the Pegasus spyware since 2019, the commission of inquiry should also seek to know if the European elections have been compromised. European democracy must be defended and protected by all means“, insists the Dutch liberal.

Member of the opposition in Hungary, MEP Anna Júlia Donáth (Renew Europe) says that Pegasus could endanger the whole electoral process in her country. “In the spring of 2022 there will be parliamentary elections in Hungary. The stakes in these elections are enormous because, despite all the anti-democratic measures taken by the ruling party in Hungary, there is a real chance that Viktor Orbán will be replaced.“, she asserts.

According to the parliamentarian,phones of journalists, students, lawyers, opposition politicians have been hacked and silenced. This is why we need the creation of an independent European commission of inquiry (…) We must prevent a further destruction of the rule of law“, insists Anna Júlia Donáth.

This new commission will want to hear the testimonies of intelligence services Member States, elected politicians and senior civil servants. Once its work is completed, it will present its report to EU governments and the European Commission.

The EU has not yet proposed a date for the start of the investigation, but after talks about upholding the rule of law in countries such as Poland and Hungary, investigations appear imminent.

The argument of software manufacturers

The company behind the scandal says its device aims to fight against terrorism. The consortium’s investigation, however, shows that tens of thousands of private messages have been stolen since 2016.

NSO Group seeks to remain in the shadows despite the revelations. Euronews contacted the company. But the Israeli company refers for all details to its website where it is possible to read: “Enough is enough” (Too much is too much, in French). The company explains that at ” In light of the recent planned and well-orchestrated media campaign, led by Forbidden Stories and pushed by special interest groups, and due to complete disregard for the facts, NSO announces that it will no longer respond to media inquiries about this issue and that she will not play the game of the vicious and slanderous campaign.“

The commission of inquiry should see the light of day at the beginning of March. Its implementation is supported by the main political groups (EPP, S&D, Renew Europe, the Greens and the radical left). The challenge within the hemicycle will be to determine its field of action.

Offensive on Dnipro, worries for Mariupol, potential fall of the ISS. Follow our live.