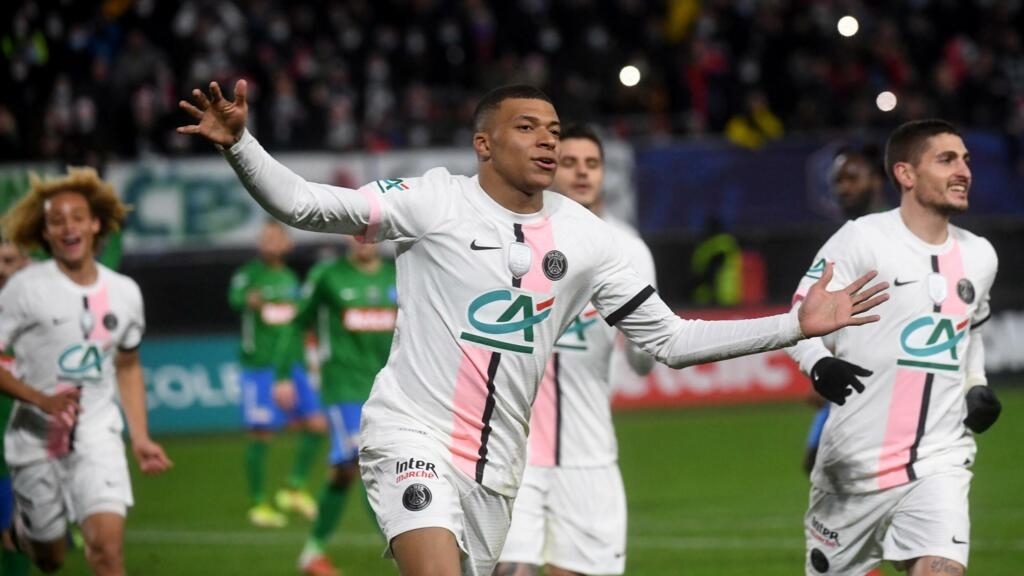 In France, the championship gave way to the Coupe de France with the entry into contention of Ligue 1 clubs against amateurs. In England, the Premier League has continued as best they can, despite the multiplication of cases of Covid-19, while in Italy, Inter Milan were crowned autumn champions.

Paris SG, Marseille, Lens, Monaco, Nice, Montpellier, Bordeaux, Brest, Saint-Étienne and Reims: most of the Ligue 1 clubs competing on Sunday qualified for the round of 16 of the Coupe de France, at the ‘except Angers and Metz.

Dauphin of Paris in Ligue 1, OM avoided the misstep against Cannet-Rocheville (N3), nine months after their elimination against Canet-en-Roussillon (N2). Jostled by the opening scoring of Mike Coré (17th) at the Vélodrome, the Marseillais finally won 4-1, thanks to a hat-trick from Arkadiusz Milik and Luis Henrique’s first goal with OM. Mattéo Guendouzi signed three assists.

At ten a good part of the match, Dinan-Léhon (N3) was heroic against Brest. But it was ultimately the Ligue 1 club that qualified after an endless penalty shootout (0-0, 13-12 tab), where the goalkeepers also shot (and missed) and where some players had to pass a second time in front of the penalty spot.

The Angevins missed their subject on the synthetic turf at Linas-Montlhéry (N3), beaten 2-0 by the Essonne club. Already in difficulty in Ligue 1, Metz was eliminated on penalties in Bergerac (N2) (0-0, 5-4 tab).

Friday night, the match between Paris FC (L2) and Lyon had been definitively stopped at half-time (1-1) after incidents around the Lyon parking lot. The FFF disciplinary committee is due to meet at the start of the week and will take “disciplinary decisions” before the 16th.

Real Madrid conceded a 0-0 draw against Cadiz on Sunday but remain leaders in the Spanish league with six points ahead of Sevilla FC, who won Atlético Madrid 2-1 on Saturday.

The teammates of Karim Benzema, who celebrated his 34th birthday on Sunday, largely dominated the game but never managed to break through the yellow wall of Cadiz, penultimate in La Liga.

The “White House” has thus put an end to its series of ten matches won in a row in all competitions, but remains undefeated since October 3 (2-1 defeat on the lawn of Espanyol Barcelona).

On Saturday, FC Barcelona Took it 3-2 at Camp Nou against Elche but stagnated in 7th place in the standings, at the gates of Europe, 16 points behind Real Madrid.

Naples offered themselves a precious victory over AC Milan (0-1), Sunday at San Siro at the end of the 18th day of Serie A, a nice blow which also benefits Inter Milan, victorious Friday in Salernitana (0-5), and assured of the honorary title of autumn champion.

🔵 AC Milan defeated! Inter are now 4 points ahead of the runners-up and are winter champions. #ForzaInter


The Nerazzurri are four points ahead of the Neapolitans and Rossoneri, who fought a bitter battle, decided by a header from Eljif Elmas early in the match and a goal denied to the Milanese at the last minute after intervention by the VAR .

Earlier today, Sassuolo put the brakes on Fiorentina (2-2), despite Viola striker Dusan Vlahovic’s new goal. With his 16th goal of the season, the Serbian consolidates his position as leader of the scorers classification. But Fiorentina are joined by Roma and Napoli in 5th place, six points behind the Top 4.

Eintracht Frankfurt and Union Berlin kept pace by winning 1-0 against Mainz and Bochum, unlike Borussia Dortmund, beaten at Hertha Berlin (2-3), and Leipzig, who relapsed against Arminia Bielefeld (0-2) on Saturday Bundesliga Matchday 17.

The BVB let Bayern Munich slip away, leading with a nine-point lead after their landslide victory against Wolfsburg (4-0) on Friday.

Four small matches. That’s all the English football fans had to eat over the weekend. Blame it on the resurgence of Covid-19 among Premier League clubs, which threatens the institution “Boxing day”, this championship day taking place on Boxing Day.

The supporters could still console themselves, the dishes remaining to be tasted were of choice: the first four in the championship passed between the airborne droplets of the Covid-19.

By winning in Newcastle (0-4) Manchester City took the opportunity to make the hole at the top of the standings, taking advantage of the draws from Liverpool to Tottenham (2-2) and Chelsea to Wolverhampton (0-0). Behind, Arsenal consolidated its 4th place by easily winning in Leeds (1-4).