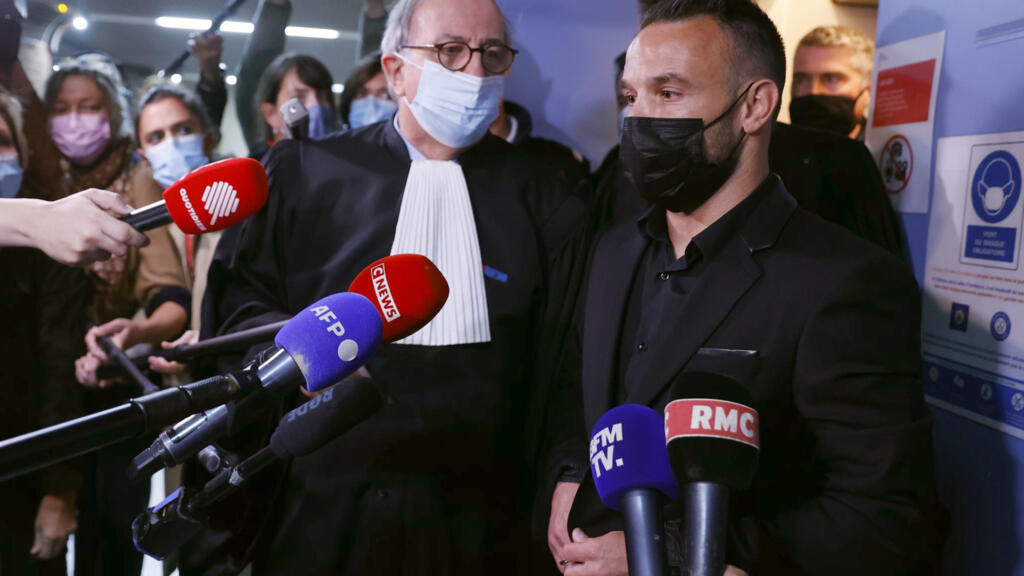 At the end of the third and final day of trial at the criminal court of Versailles, Friday, the judgment was placed under deliberation. It will be delivered on 24 November.

Trial of the “Valbuena sextape case”: the sequel but not the end yet! At the end of the last day of trial, Friday 22 October, the president of the criminal court of Versailles decided to put his judgment under deliberation until 24 November.

Standby, the prosecutor’s office had requested a 10-month suspended prison sentence against Karim Benzema, Real Madrid star and ex-teammate of Valbuena, alleged victim of blackmail around an intimate video and whose “feeling” was at the center of the arguments of defense lawyers.

“It’s never too late to do law”

One of Benzema’s lawyers, Antoine Vey, criticized a “prosecution investigation” against his client and asked for his release. “The intentional element of the offense” blamed on the 33-year-old striker is not characterized, he hammered.

The file was built on the “feeling” of the complainant Mathieu Valbuena, he argued, denouncing the “hypotheses and speculations” put forward by the prosecution.

“It is never too late to do law, you are the last bulwark,” asked the court Benzema’s other lawyer, Sylvain Cormier.

Same argument for Me Tewfik Bouzenoune, counsel of the intermediary Younes Houass, who also regretted that it was “the feeling of the victim that determines the criminal prosecution”.

In general, all defence lawyers stigmatized a weak case, which in their eyes did not deserve such treatment by the prosecution and such an echo in the press.

“One may wonder what really interests the French in this matter. Sex? The money? Football? Not the judicial thing anyway”, wondered Antoine Vey.

Another lawyer of the Real Madrid striker, Me Cormier thundered against a “media-judicial circus” during which “Karim Benzema was inflicted a kind of ‘march of shame’ to the American” during his passage before the investigating judge in 2015.

“If we are in the orthodoxy of law, the relaxation must be general”, assené Me Serge Money, lawyer of Mustapha Zouaoui, the “linchpin” of the project.

“We would not have spent so much time on this file if there had not been Karim Benzema”, had acknowledged Thursday during the requisitions prosecutor Julien Eyraud.

She was referring to a telephone conversation between Benzema and his childhood friend Karim Zenati, during which both make fun of Valbuena. “He does not take us seriously,” explains Benzema, who has just spoken with Valbuena.

The Real Madrid star, posted candidate for the Ballon d’or that will be awarded on November 29, was at that moment “not in the most absolute contrition”, acknowledged Friday his lawyer Antoine Vey.

“He was never said to be benevolent (…) but it is not a criminal offense,” he developed.

In addition to the ten-month suspended prison sentence, the prosecution demanded a fine of 75,000 euros against the France team striker, a candidate for the Ballon d’or and absent from the trial.

An absence that does not constitute “a judicial strategy”, supported Me Vey Friday, highlighting the “sporting pressure” around his client, who played a match in Ukraine on Tuesday night and must prepare for Sunday’s Clasico against FC Barcelona.

Coach Didier Deschamps is counting on him more than ever ahead of the World Cup in November and December 2022 in Qatar, where the French will defend their title.

To the question of whether Benzema’s international future was conditioned to his trial, the boss of the Blues had responded evasively in early October. “If I answer that and say yes, it means that before, it could have been… I make sporting choices,” he said before the Nations League, won by Benzema and Les Bleus.

Didier Deschamps could provide part of the answer on 4 November, when he unveils his next list to face Kazakhstan on 13 November and Finland on 16 November, in qualifying for the World Cup-2022.

Against the four other defendants in this case, who gravitate in the football world and constitute “a real skewer of comedians”, in the words of prosecutor Julien Eyraud, the public prosecutor requested sentences ranging from 18 months suspended to four years in prison.