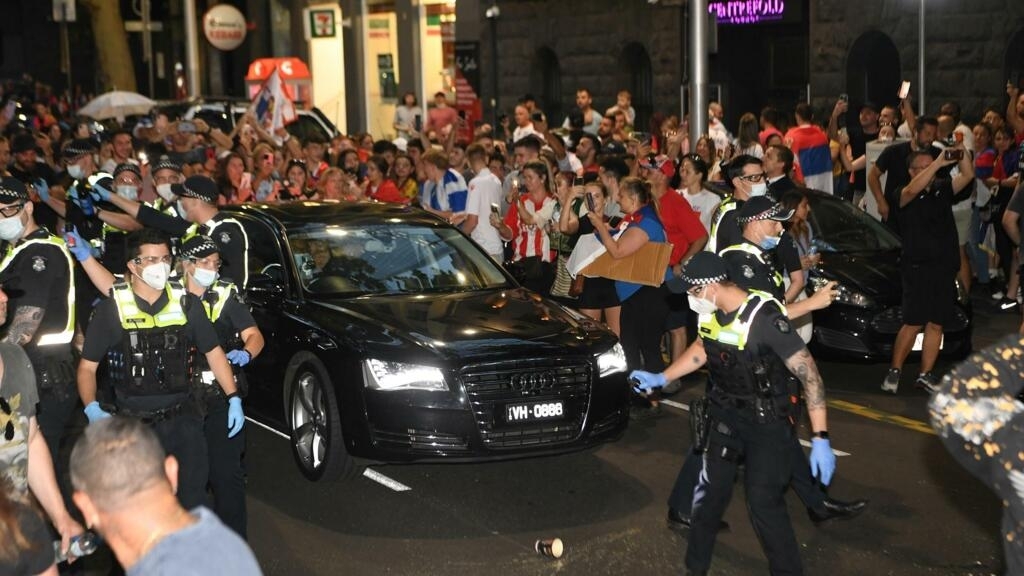 While his participation in the Australian Open is still pending, Novak Djokovic resumed training on Tuesday at the tournament site. Despite a first legal victory, the Australian Minister of Immigration is now considering canceling the visa of the world’s number 1 tennis player.

The image is a setback for the Australian government. Novak Djokovic was training, Tuesday, January 11, on the site ofAustralian Openthe day after his release after a resounding legal victory against the cancellation of his visanoted AFP journalists.

The Serbian player, who has won the Grand Slam tournament nine times, was seen warming up in a gym before entering the players’ area and heading to center court, six days before the start of the competition.

However, Novak Djokovic is not sure of being able to participate in the tournament, with Australian Immigration Minister Alex Hawke now considering canceling his visa, a spokesperson for the minister said.

Under Australian law, the cancellation of the player’s visa remains a prerogative of the minister, the spokesperson said. “The Minister is currently reviewing the matter and the proceedings are continuing.”

Judge Anthony Kelly’s decision to release him, however, is a stinging setback for Australia, which has imposed strict border restrictions to fight the pandemic for two years. The judgment also provides that the legal costs incurred by the 34-year-old player – who claims to have contracted the Covid in December to justify his request for medical exemption – will have to be reimbursed and will be at the expense of the Australian taxpayer.

A trial “prejudicial on all fronts”

The ATP, which runs the men’s tennis circuit, said the case that led to the trial had been “damaging on all fronts, including for Novak’s well-being and his preparation for the Open. Australia”.

The tennis governing body said it respects the ‘sacrifices’ of the Australians, who endured travel restrictions and blockages for two years “but added that it was clear that by traveling to Melbourne the player “thought he had obtained a necessary medical exemption”.

Nine-time Australian Open champion Djokovic landed in the country on January 5, with a medical exemption from vaccination justified by a positive Covid-19 test on December 16 of last year.

“I am not vaccinated,” Djokovic told the border official, according to a transcript released by the court. He said he was baffled that his medical exemption, approved by two medical committees in Australia, would not be accepted.

After a nighttime interrogation at Melbourne airport, border control officers decided the medical exemption was not valid, canceled her visa and transferred him to a detention center pending deportation. On Monday, the federal court ruled in favor of the world’s number 1 tennis player, ruling that the government’s decision to cancel his visa was “unreasonable”.

Basketball – NBA: The heavy message of meaning from the Lakers coach on Anthony Davis!

Basketball: Rudy Gobert shows his ambitions for the 2024 Olympics!

against Morocco, “fear is only a state of mind” for Malawi