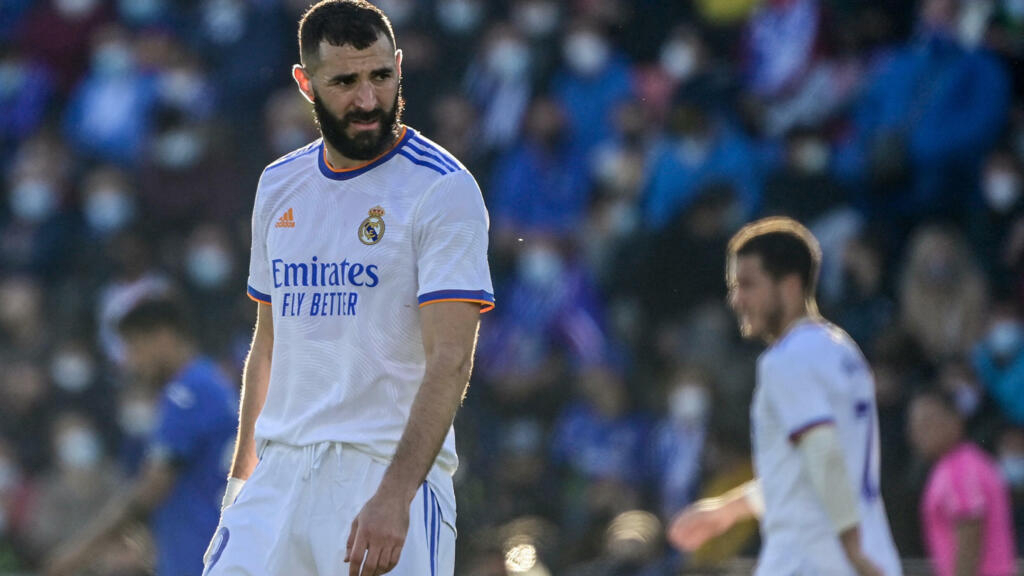 The Coupe de France, disrupted by the Covid and the departures for the African Cup, took its course during the weekend and Rennes and Clermont paid the price. Untouchable leaders of La Liga, Real Madrid lost but maintains a more than comfortable lead.

First surprises of the round of 16 of the Coupe de France: Rennes fell, Sunday, January 2, on penalties on the lawn of Nancy (1-1, 4 tab to 3), the red lantern of Ligue 2. The Bretons have imitated Clermont, the other elite team beaten a few minutes earlier 2-0 in Bastia, also a Ligue 2 club.

Reims, reduced to ten, came close to greater humiliation against fans of Thaon-les-Vosges (National 3). But his English striker Fraser Hornby, who entered a few seconds earlier, offered the goal of qualifying at the last minute (1-0, 90e+3).

Monaco, Saint-Étienne and Nantes have not trembled in the face of clubs from lower divisions. Even if the match won by the Greens (4-1) against Jura Sud (National 2) was interrupted for about twenty minutes due to the throwing of pyrotechnic devices from the Saint-Etienne park at the very start of the match.

Bordeaux, decimated by 21 positive cases for Covid-19, was swept away in Brest (3-0) in one of the two posters between Ligue 1 teams this Sunday with the success of Montpellier against Strasbourg, thanks to an instant strike from Mihailo Ristic at 20 meters (20e).

With more than half of their starting team (six players) from the reserve, the Girondins, already not very dashing 17es Ligue 1, suffered against Brestois in full.

Also reduced by seven positive cases in its workforce, Monaco provided the essential (3-1) on the field of Quevilly, promoted to Ligue 2. A penalty from Wissam Ben Yedder and a double from Kevin Volland qualified the ASM under the eyes of his future trainer, the Belgian Philippe Clement, present in the stands.

Linas-Montlhéry experienced a cruel end of the course. After being led 3-0 by Amiens, the fans of the fifth division, Angers scorers in the previous round, equalized in added time (3-3, 90e+2) but were eliminated at the end of the penalty shootout (4 tab to 3).

Two teams from the fourth division (National 2) are qualified for the round of 16: Bergerac, passed on penalties (0-0, 5 tab to 4) against Créteil (N1), and Versailles, wide winner (4-0) from La Roche Vendée (N3). This is a historic first for the Yvelines club led by Jean-Luc Arribart, the second time for Bergerac, after 2017.

Nice had qualified without playing for the 8e of the final by having inherited the winner’s draw between Paris FC and Lyon, both eliminated following violence at the Charléty stadium during their 32e mid-December.

La Liga leaders Real Madrid suffered their first defeat in three months. The men of the “White House”, who had not bowed since October 3 and a defeat on the ground of Espanyol Barcelona (2-1), folded Sunday on a goal of Enes Unal, from the 9e minute, following an unfortunate loss of ball by Eder Militao.

For Carlo Ancelotti’s men, it’s the end of an unbeaten streak of 15 matches in three months, during which they recorded 13 wins and 2 draws.

“We stayed on vacation one more day,” “Carletto” summed up at a post-match press conference on Sunday.

Despite this setback, do not panic for the Madrilenians: Real still have 15 points ahead of Barça (5e, 31 pts but one game less), which won 1-0 in Mallorca in the evening.

In the process, thanks to a double from the ubiquitous Argentinian Angel Correa (28e, 53e), Atlético Madrid controlled 2-0 at home the surprise team at the start of the La Liga season, Rayo Vallecano, in Madrid’s second derby of this 19e daytime.

A success that allows the Colchoneros to forget a catastrophic month of December (4 defeats in 4 league matches), to start 2022 with a first victory in La Liga since November 28 (4-1 against Cadiz), and to double in the standings their opponent of the day, somewhat diminished by the cases of Covid-19.

A shock, goals, but a draw that does not suit anyone: as in the first leg, Chelsea and Liverpool could not decide (2-2), at Stamford Bridge, during the 21e day of the championship of England.

This result gives Manchester City a little more space at the top of the table. The training of Pep Guardiola, victorious in extremis on Saturday at the Emirates against Arsenal (2-1), now has ten points ahead of Chelsea, and eleven over Liverpool, who has one more game to play.

The Reds may harbor more regrets than their opponents, having led 2-0 at the half hour mark, and looking impregnable until the approach of half-time.

But it is on the side of Chelsea that the atmosphere is likely to be the heaviest in the coming days. The Blues indeed confirm their difficulties against the big cars, since they have taken only three points out of fifteen against City, Liverpool and Manchester United this season. Their last convincing victory in the league dates back to last May, at the Etihad Stadium, against Manchester City (2-1). Too little for the reigning European champion.