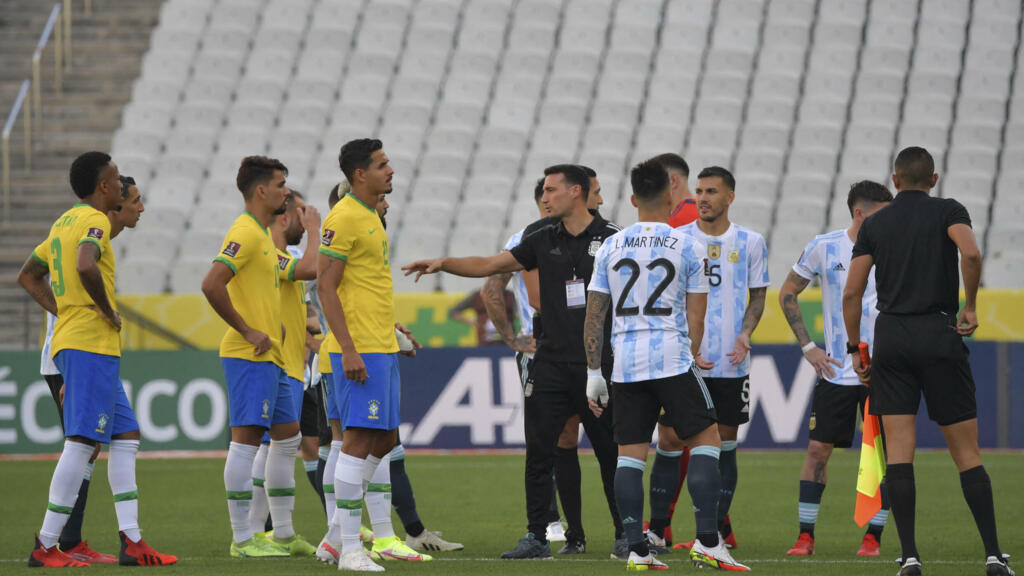 The case sparked outrage from both teams. The game Brazil–Argentina qualifications for the 2022 World Cup, discontinued in September due to a health scandal, will have to be replayed, announced on Monday February 15, Fifa, suspending several Argentine players for two games and imposing fines on the two nations, already qualified for Qatar.

The Argentine federation immediately announced its desire to appeal this decision, through its president Claudio Tapia on Twitter. In a press release, the Brazilian federation also expressed its “disagreement”.


The match, originally scheduled for September 5 in Sao Paulo, was interrupted after only five minutes of play following the intervention of Brazilian health authorities, four Argentinian players then playing in England being accused of violating anti-Covid-19 protocols.

Representatives of the Anvisa health agency and the federal police entered the field to end the meeting, in total confusion.

“The Disciplinary Committee has decided to replay this match on a date and in a place to be determined by Fifa,” the international federation wrote in a press release.

A qualification despite everything assured

The final stoppage of this match did not prevent Neymar’s Brazil and Lionel Messi’s Argentina from subsequently winning their ticket for the 2022 World Cup in Qatar (November 21-December 18), without waiting for the decision. of the Disciplinary Committee.

The holding of this poster by the final tournament should therefore have no accounting issue, apart from the fact of definitively closing the calendar of the single South American pool.

They are accused by Brazilian health authorities of having provided “false information” when they arrived in the country, and of having violated a ministerial order prohibiting the entry into Brazil of any foreigner who has stayed in the United Kingdom in the previous two weeks.

Brazil, leader of the South American qualifications (39 pts) before the last two days scheduled for the end of March, is four points ahead of Argentina (35 pts). The two countries, assured of one of the first four qualifying places, have already validated their ticket for the World Cup-2022.