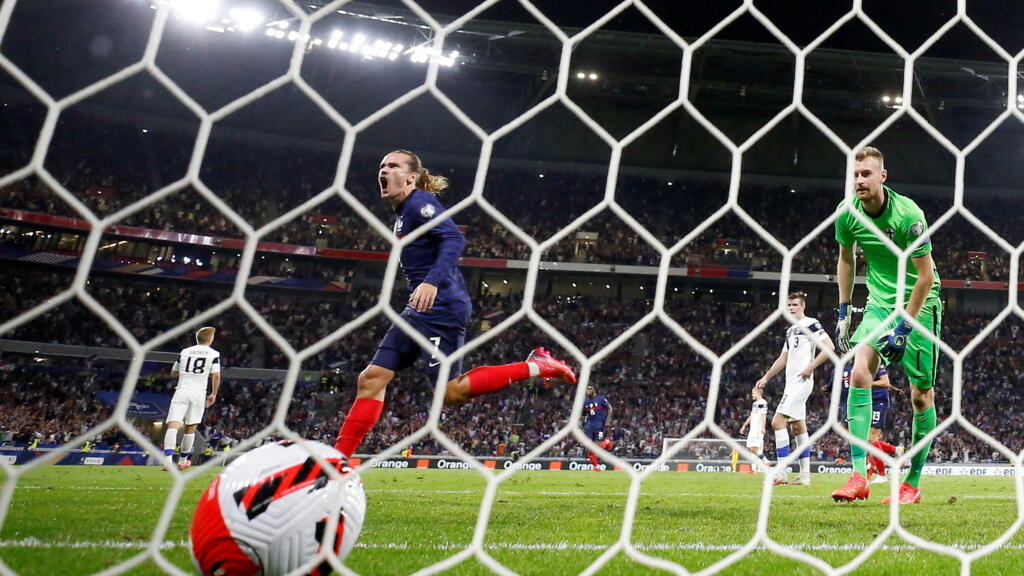 Thanks to a double by Antoine Griezmann, the French football team triumphed, Tuesday, against Finland (2-0) for its sixth qualifying match at the World-2022. Les Bleus confirmed their first place in Group D.

After five consecutive draws, the Blues found victory – which had been running away from them since the failed Euro – , Tuesday 7 September in Lyon, against Finland (2-0) during the qualifications for the World Cup-2022.

It did not take more for the French team, tossed by injuries and counter-performances, to heal its morale at the same time as its accounting balance sheet. There it is now consolidated in its first place with 12 points from six games, against five for its visitor who however has two games less.

“We didn’t do everything right, but there was more determination. The technical quality is there. We found confidence, we were closer to the standing that must be ours”, rejoiced on TF1 coach Didier Deschamps. His players clearly raised their level of play on Tuesday, after the very pale copies made in Strasbourg against Bosnia and Herzegovina then in Kiev against theUkraine (1-1 each time).

However, the coach’s bad luck had accompanied him to Lyon, where he had to deal with the suspension of Jules Koundé and the last-minute forfeit of Kingsley Coman, victim of an injury after so many others (Mbappé, Kanté, Tolisso, Upamecano).

The duo Griezmann and Benzema paying

At the kick-off, the Basque technician had bet on a rearguard with three central defenders, as in the cursed eighth final of the Euro lost against Switzerland (3-3, 5-4 t.a. b.), extended on the sides by the right-back Léo Dubois and the left-back Theo Hernandez, remarkable for his first selection despite an error that could have cost dearly at the end of the game.

Front, Antoine Griezmann was in charge of feeding the attacking duo composed of Anthony Martial, scorer Saturday in Kiev, and Karim Benzema, the child prodigy of Lyon received by an ovation of the 57 000 supporters of Decines, a banner wishing him” welcome ” home.

The Real Madrid forward thanked them with a performance mixing class and combativity. He did not shake the nets but he made the stadium lift with a delicious and decisive pass for Griezmann (25e), before driving the action of the double of “Grizou” (53e).

A double that allows him to equal Michel Platini, the third best scorer in the history of the Blues with 41 units, and to regain colors after quite lackluster performances. The Lyon public accompanied the replacement of the Atlético player (90th) with a round of applause.

A month of October with double stakes

Despite the absence of Kylian Mbappé, who left with an injury after Bosnia, Les Bleus enjoyed impactful attacking phases, with the regular contribution of Theo Hernandez and, above all, combinations Griezmann/Martial/Benzema always in the right tempo (38e, 60e).

After five games without a win in all competitions, there was an urgency to win and the French did it very well. They can now approach more calmly an October with two stakes: on the pitch, playing the final tournament of the Nations League in Italy; in front of the TV, watching their opponents in qualifying play the matches late, without being able to be caught.