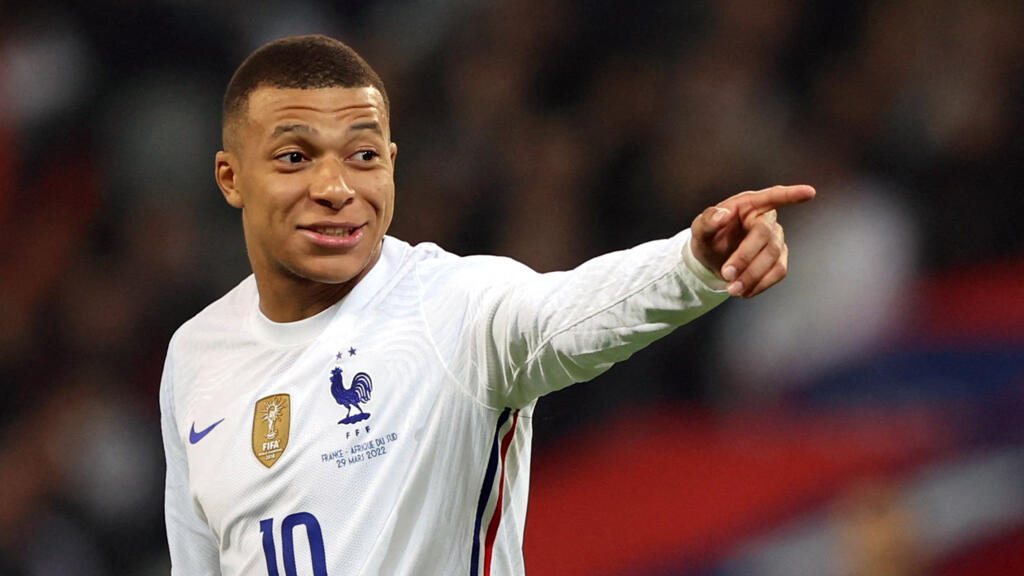 The France team largely won its friendly match against South Africa on Tuesday in Villeneuve-d’Ascq, thanks in particular to goals from Kylian Mbappé and Olivier Giroud who found themselves side by side in the blue jersey for the first time since the Euro.

Gathered on Tuesday March 29 in the blue jersey nine months after the Euro, Kylian Mbappe and Olivier Giroud guided France to a comfortable success against South Africa in a friendly (5-0), facilitating the integration of several neophytes, including Jonathan Clauss.

Twelve years after the last confrontation against the “Bafana Bafana”, a 2-1 defeat in the midst of the scandal of Knysna at the 2010 World Cup, it is in serenity that the Blues ended their rally in March, already projected on the World Cup -2022 scheduled for the end of the year, and its draw scheduled for Friday in Doha.

The Pierre-Mauroy stadium in Villeneuve-d’Ascq and its 48,120 spectators offered an ideal setting to refine automation, rotate the workforce and extend the positive momentum created by the victory (2-1) Friday in Marseille against the Ivory Coast.

The northern enclosure also allowed Giroud and Mbappé to find themselves side by side in the blue jersey, a first since the Euro, marked in its preparation by a small friction between the two men, the Chambérien having reproached, hollow, to the Bondynois for not serving it enough. Tuesday, they ended the meeting with a frank hug at the exit of the AC Milan player.

To reconcile these two temperaments, Antoine Griezmann had played his role wonderfully a little earlier, by offering them a caviar each. The first was magnified by the Paris SG player with a shot in the skylight (23rd). The second was perfectly converted by the Milanese center-forward, in a small space (33rd). And Mbappé did not need anyone to provoke and score a penalty late in the game (76th).

The star of the Blues closes a turbulent week: his refusal to participate in a marketing operation by the Federation raised questions, and an ENT infection deprived him of the first match… But as usual when he is expected, the world champion delighted his world and disgusted the South Africans with his lightning acceleration and a double which brings his total to 26 goals in 54 selections.

Giroud, recalled after Karim Benzema’s injury package, continues to be opportunistic: with his goal in Marseille on Friday, he has 48 goals in the blue jersey, three less than record holder Thierry Henry.

It was also an evening of discoveries: Clauss, William Saliba and Mike Maignan celebrated their first tenure with dignity – all three had already come into play in Blue – with a special mention for the Lensois, attraction of a public torn between the cheers from the Sang et Or fans and whistles from the Lille supporters.

Lucas Digne, former Lille, was entitled to his chants after a strike on the post (64th), before a goal from Wissam Ben Yedder (82nd). Even Mattéo Guendouzi took part in the celebration with his first goal in Blue (90th + 2).

With this 7th victory in a row, the Habs and their coach Didier Deschamps stay the course, even if the level will go up a notch in June for the League of Nations.

Until then, “DD” already has a trip to Doha on the agenda: the next few days will be dedicated to finding a base camp in the emirate for the World Cup, and especially to the draw of the competition, Friday… The defense of the title has already begun.