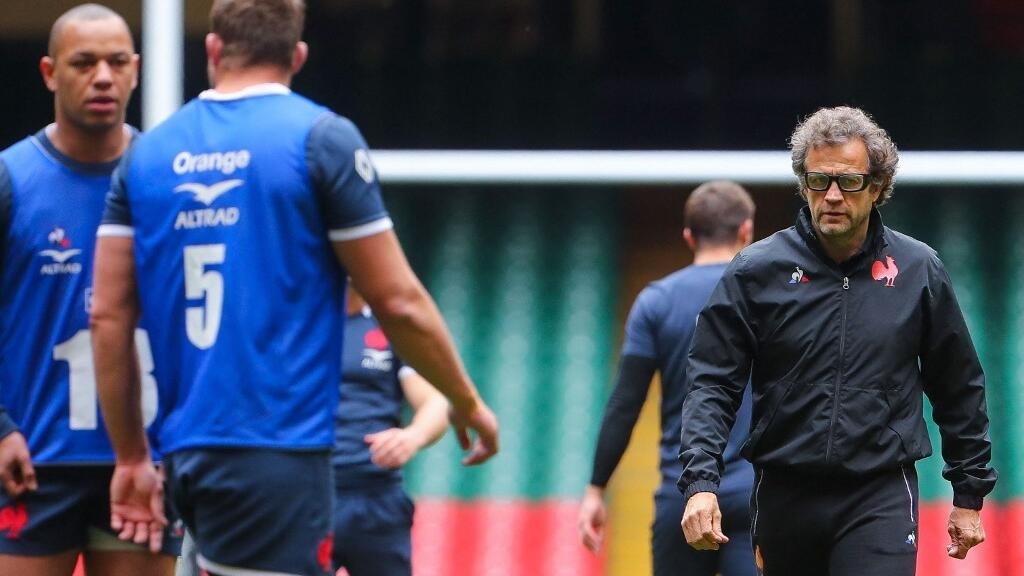 The XV of France faces Friday in Cardiff the Welsh, alias the Red Dragons, holders of the title. Last undefeated team in this Six Nations Tournament, France hopes to win another victory to keep its dream of Grand Slam and play a final against England in eight days at the Stade de France. The Wales-France match can be followed live on our site from 8:30 p.m.

And if the Blues won this weekend the Six Nations Tournament ? This requires that they beat the Welsh at the Millennium, Friday, March 11, with the point of the offensive bonus and that Ireland and England draw the next day at Twickenham.

Winning the Tournament would already mean a lot to the XV of France, who has not won this competition since 2010. But the French then achieved a Grand Slam, winning their five matches. And it is this prowess that coach Fabien Galthié and its players want to repeat this year.

A French victory in Wales seems within reach of the Blues. France remains in fact on three victories against the XV du Leek: 27-23 during the 2020 Tournament in Cardiff, 38-21 in test-match the following fall, finally 32-30 at the Stade de France last year.

The band of Captain Antoine Dupont presents itself as a favorite, especially since it has won its last six meetings, its best series since 2006, and that it has clearly targeted this Tournament as an aperitif before “its” World Cup, next year.

Facing her, Wales, amputated of its emblematic captain Alun Wyn Jones, forfeited for this competition, is only the shadow of the winner of the 2021 Tournament. He has “only” three victories in his last five matches. And he has already been beaten in this edition by Ireland (29-7) and England (23-19).

This last defeat conceded in London during the third day upset the Red Devils, who will appear in front of their public eager to show that they are better than their mediocre penultimate place in the standings.

So beware of this excess of confidence among the Blues who, last year, had them dropped on the fourth day of the Tournament in England after having already won their first three meetings, to finish in second place in the competition.

Especially since the Leek XV, in its lair, has won ten of its last eleven matches. “We go there as a challenger. It’s a team that we respect a lot because for ten years, they have won the Tournament four times”, underlined Laurent Labit, the attack coach.

“Everyone says it’s the most beautiful stadium in the world,” said third row Anthony Jelonch, stars in his eyes, for whom it will be a “first time” at the Principality Stadium, a stadium of nearly 74,000 seats which is owned by the Welsh Rugby Federation. This has the particularity of having a completely retractable roof that the organizers leave open, or not, depending on the weather.

Two cases of Covid-19 among the Blues

Despite the spectacle planned in this sumptuous enclosure and the famous Welsh choirs, the French promise to keep a cool head. “We know that we will be in the dark at the start in the stadium, we are lucky to be able to prepare all this so as not to have any surprises, so as not to have too many emotions before the match”, added underlined winger Gabin Villière, another “Blue” in Cardiff. Before striking: “It’s going to be a very big, big fight (…) but we’re going there to win.”

Conviction and confidence will be needed because the departure for Wales, Wednesday afternoon, took place in somewhat special conditions, which would disturb more than one. As they were packing their bags, winger Damian Penaud, author of a double in Scotland, and Romain Taofifenua, a luxury substitute in the first three matches of the Blues, learned that they were positive for Covid-19, the nailed to the ground.

And the staff has not ruled out that other players will be by the match: “Anything is possible, anything can happen very quickly,” said manager Raphaël Ibanez. According to the health protocol put in place by the Six Nations committee, the management of the Blues is not however forced to carry out new tests by the start of the meeting. And it hasn’t announced any new cases in the past two days.

“A first week full of traps” for Julian Alaphilippe