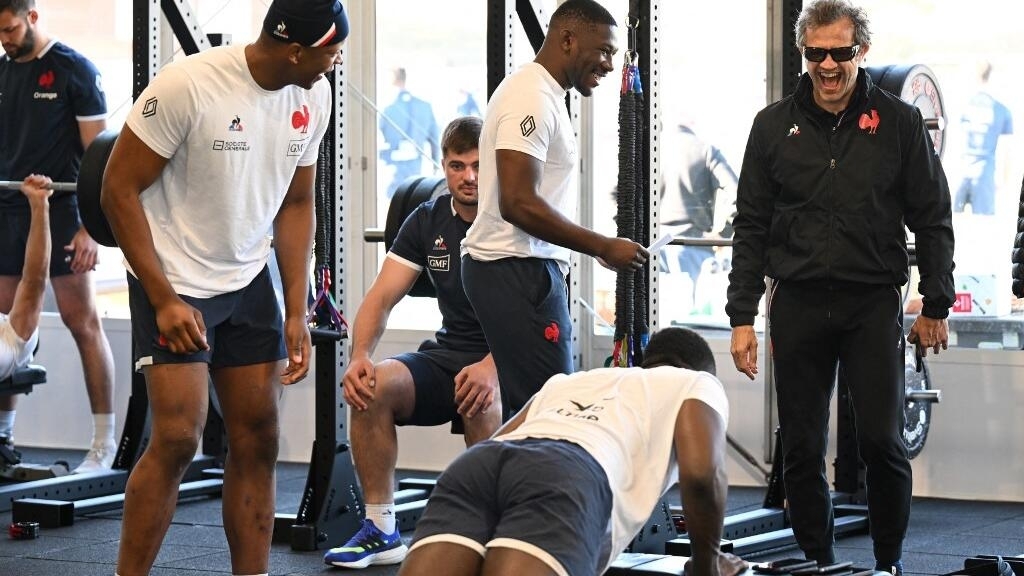 After two very convincing seasons, the French rugby team wants to continue its progress and win a trophy by winning the Six Nations Tournament. To do so, it relies on a group of very talented young players led by a captain considered the best player in the world in his position, scrum half Antoine Dupont.

“Pass, pair and win!” This croupier formula could well become the motto of the XV of France at the end of the Six Nations Tournament that it begins, Sunday, February 6, against Italy. Because like all even years, the France team will play three times at home – hosting Italy, Ireland and England – and it will only travel twice, to Scotland and England.

In this competition which expanded to six participants in 2000, the oppositions are in fact reversed each year, logically offering more chances to a team which receives 3 times out of the 5 matches to be played. During the last 22 editions, France has thus won 4 times in even years (in 2002, 2004, 2006 and 2008) against one in odd years (2007).

This favorable calendar is not the only asset of the Blues before attacking this competition. French rugby is experiencing a real revival marked by the emergence of nuggets at the international level. Arriving at the head of the Blues two years ago, coach Fabien Galthié and his deputies have profoundly overhauled the group of players, drawing in particular on internationals under 20 who have just been crowned world champions in 2018 and 2019.

“The French team is lucky to have an exceptional generation, with players who are technically well trained and who have their heads on their shoulders. They are ambitious and want to win trophies”, explains to France 24 Philippe Saint- André, former French international and currently manager of the Montpellier Hérault Rugby club (MHR). For him, “the Federation, the League and the clubs have been able to review training to prepare competitive players at the highest level”.

An incredible pool of players

Philippe Saint-André would have liked to be able to count on such a wealth of talent when he was at the head of the Blues, between 2011 and 2015. During this period marked by very disappointing sporting results, he faced a shortage of players in some key positions, including that of right prop. Because the clubs preferred to use experienced foreign players to compose their squads rather than play the training card. So much so that Philippe Saint-André turned to several foreign players present in France and who were eligible to wear the tricolor jersey.

The introduction of new regulations in the professional championships has changed the situation. The system of players from French training (JIFF) has gained momentum over the last decade, gradually requiring clubs to select a certain number of players trained in France, under penalty of sanctions. At the end of its last steering committeethe National Rugby League has announced that clubs will have to achieve an average of 17 JIFFs (out of 23) per match sheet next season.

“All the clubs have been forced to reinvent their training, for the good of French rugby. This process has been long. But today we have a pool of players which is incredible”, adds Philippe Saint-André, citing in particular the three-quarter center Montpellier Arthur Vincent, who was twice world champion with the under 20s. The management of the Blues, whose skills Philippe Saint-André praises, trusted him from the 2020 Tournament, when he was just 20 years old, and offered him his first tenure against Italy.

In the wake of Captain Dupont

Recovering, Arthur Vincent will unfortunately not be able to face Italy again at the Stade de France this year. He was also unable to participate in the flamboyant autumn tour of the Blues who won their three matches against Argentina, Georgia and New Zealand, a team that France had not beaten for twelve year.

This prestigious success against the All Blacks (40-25) sealed a brilliant year for the Blues, marked by 4 defeats and 7 wins. A record that the Blues intend to improve in 2022, in view of the World Cup which will take place next year in France. Avid for titles, they are keen to win the Six Nations Tournament, a competition that the Blues have not won since 2010. With the added bonus of a Grand Slam – i.e. 5 wins in a row – which would give even more luster to this European campaign.

Their captain in this Tournament will be Antoine Dupont, who had already been awarded the armband for the autumn tour. He has since been appointed best player on the planet by the organization World Rugby and has accumulated the awards given by the specialized press for his spectacular performances under the jersey of the Blues and that of of the Toulouse stadium. At 25, the scrum half has become a leading sporting personality, embodying the face of this XV of France that has become competitive and conquering again. And the Blues will try, in its wake, to dominate formidable opponents like England and Ireland who are currently in 3rd and 4th place in the world rankings, just ahead of France.

Sébastien Haller, the Ivorian goalscorer who shines with Ajax