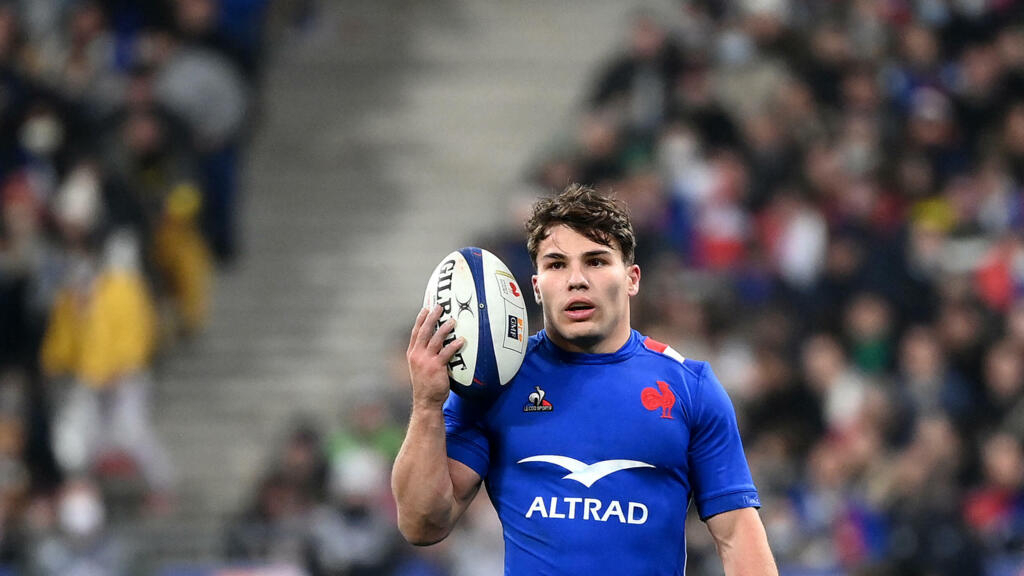 Scrum half Antoine Dupont, 25, was named the world’s best rugby player on Friday. With his 35 selections, he is the third French to register his name on the list of this distinction launched in 2001. Portrait of a discreet child from southwestern France.

The best player in rugby in the world is French: Antoine Dupont was distinguished, Friday, December 10, at the end of a full year with Toulouse and the Blues, which took a new dimension to this discreet boy from the South-West who became a leader by forcing his nature .

“It’s hard to realize. There is of course a lot of joy and pride, a lot of feelings and emotions that mix together,” he reacted in a video published by World Rugby. “It’s weird to see his name on this list (of the world’s best players of the year), it almost feels like a spot on it.”

“After that you have to do everything to be able to claim it again and continue to perform well all the time,” added the Toulouse player, who succeeds the South African third row Pieter-Steph Du Toit, crowned in 2019 (the title of World Player of the Year was not awarded in 2020 due to the Covid-19 pandemic).

Dupont, 35 caps, is the third Frenchman to put his name on the list of this distinction launched in 2001 by World Rugby, after the former scrum half and current coach of the Blues Fabien Galthié, in 2002, and the former third line Thierry Dusautoir, in 2011.

International recognition which rewards a year punctuated by two titles with Stade Toulouse, in the European Cup and in the league, and a prestige victory with France, in November, against New Zealand.

His designation as captain of the Blues for the fall tests is testimony to his growing influence beyond the field, where his natural qualities had already made him one of the world references for his post for several seasons.

“It is rather in everything that is peripheral to the game that it has really taken on another dimension,” said one of his Toulouse coaches, Clément Poitrenaud. “He has matured and gained experience. His leadership and strategic and tactical skills have grown.”

“He is an exceptional player, everyone wants to follow him when he is on the pitch. It pushes the team to be better every weekend”, supports his teammate Anthony Jelonch, one of his best friends.

The two players studied together in Auch, in this South West which smells of duck and steeple rugby. Coming from a family of hoteliers from Castelnau-Magnoac, on the border between the Hautes-Pyrénées and the Gers, “Toto” Dupont has remained very attached to his native land.

The “Minister of the Interior” – his other nickname, for his capacity to be regularly at the interior support of his partners, thanks to a unique sense of anticipation – is a humble and discreet boy who knew how to gradually force his nature.

“He’s someone who doesn’t talk a lot,” confirms his former Castres coach Christophe Urios. “I would often tell him: ‘you have incredible talent and maybe one day you will be a great player, but never the best in the world, because you don’t speak and you don’t have that leadership.”

Rugby fanatic, Dupont is today, less than two years before the World Cup in France, as one of the muses of a sport in need of international superstars such as Lionel Messi or Cristiano Ronaldo. in football.

“Perhaps rugby needs such a standard bearer. From a boy who is not into escapades, into grand declarations,” said his Toulouse coach Ugo Mola last season.

The native of Lannemezan had promised, by being promoted captain of the Blues, that he would not change his “way of being”. His honorary title of player of the year 2021 should not prevent him from keeping his feet on the ground.

Basketball – NBA: Michael Jordan gives his favorite for the title of NBA champion!

Rwanda to host world Cycling championships in 2025, a first for Africa

NBA | Basketball – NBA: A former teammate of LeBron James declares his love for him!