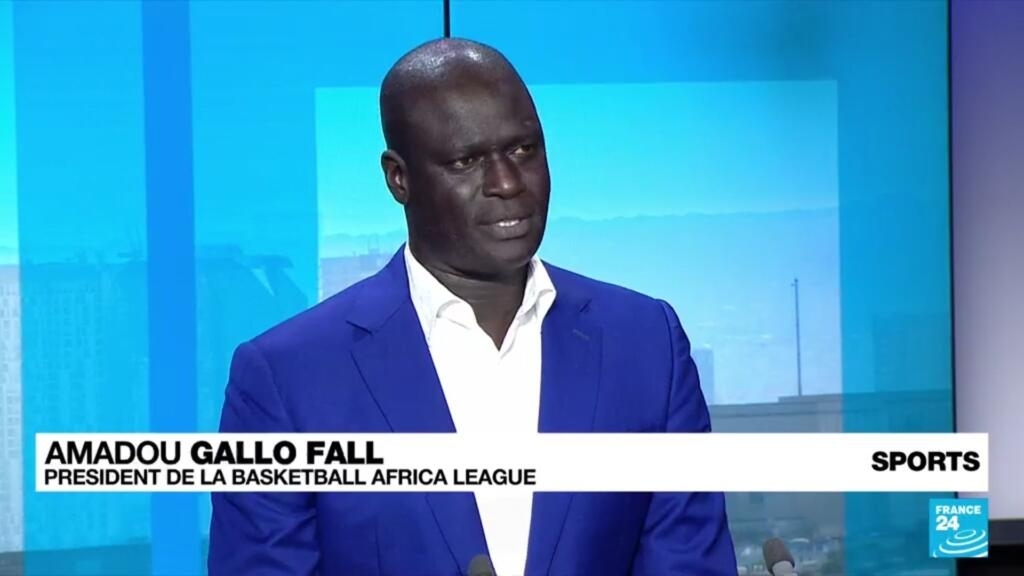 Visiting Paris before joining the France-Africa summit in Montpellier, Amadou Gallo Fall, president of the Basketball Africa League, gave an interview to France 24. The opportunity to take stock of the first edition that took place last May in Kigali, Rwanda, and to outline the prospects for the NBA’s development strategy in the region.

“This is a new step in the development of basketball on a global scale.”Former recruiting director of the Dallas Mavericks team and then vice president in charge of international affairs of the NBA, Amadou Gallo Fall is now the president of the Basketball Africa League.

The competition, which brings together twelve clubs from the continent, took place at the end of May in Kigali, Rwanda, and was born out of a joint initiative by the international federation (FIBA) and the North American league (NBA) to promote African basketball. A league that ended on May 30 with the victory of the Egyptians of Zamalek against the Tunisians of Monastir.

On France 24, Amadou Gallo Fall outline the prospects of African basketball, while the establishment of the competition is a new step after the organization of youth camps (2003), the opening of an NBA office in Johannesburg (2010) or the organization of NBA Africa Games exhibition matches.

France 24: What is your assessment of this first edition?

Amadou Gallo Fall: All that African basketball has as potential was celebrated with the launch, on May 16, of the Basketball African League (BAL). It was the culmination of decades of work undertaken by the NBA and FIBA on the African continent. It was beautiful to see Zamalek win the trophy.

Initially the regular season was to take place in several cities in Africa before concluding with a “Final Four” in Rwanda. Finally, the Covid-19 pandemic forced you to adapt the format and focus the entire competition on one month, in Kigali. Satisfied with the final format?

The inaugural season was scheduled to launch on March 13, 2020, in Dakar. We were the first major competition to go on hiatus due to Covid. In December 2020, we wanted to relaunch it but the conditions were still not met.

All the teams remained convinced and committed. We were patient and African basketball fans appreciated the final format.

Is Africa an inexhaustible reservoir of basketball talent?

It is a talent pool, but above all FIBA and the NBA see the continent as a place apart where something special like the Basketball African League could be created. The League for Africa aims to promote your talents, who otherwise are forced to go on adventures abroad. The conditions are being created for these young people to be professionals in their country.

We also want to create a whole industry around these talents that will generate employment in other professions related to sport. We want to create development because the sports and entertainment industries contribute billions of dollars to economies in the United States or here in France thanks to the infrastructure created. This is what we want to see in Africa.

Watch the full interview in the video above.