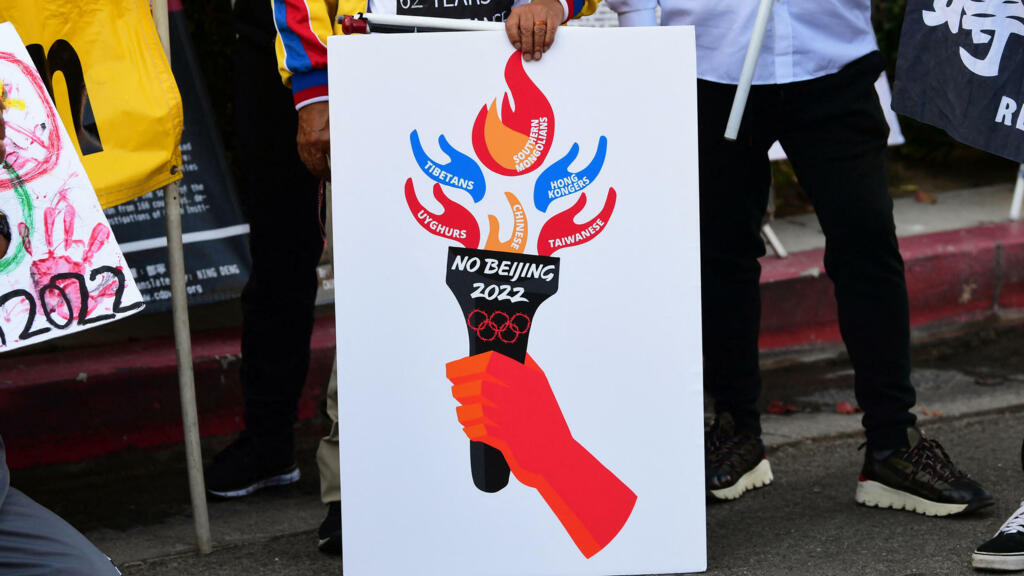 The United States announced Monday that it will not send any government officials to the Beijing Olympic or Paralympic Winter Games in February. The move angered China, which was immediately backed by Russia. France, for its part, will coordinate at European level.

China said on Tuesday (December 7th) that the United States “will pay the price” for its decision to send its athletes, but no diplomatic representative to the United States. 2022 Beijing Winter Olympics because of human rights violations in China. Other countries reacted to the boycott announced Monday by the White House, including France and Russia.

For months, the US government had been looking for the best way to position itself with regard to Winter Games, a popular and global event organized from February 4 to 20, 2022 by a country he accuses of perpetrating a “genocide” against Muslims Xinjiang Uyghurs, in northwestern China.

China warned earlier on Monday it would take “countermeasures” if the United States called for such a boycott, calling it “swagger.” The International Olympic Committee has declared to him to “respect” the American decision. He was also delighted that Washington’s “political” decision did not call into question the participation of American athletes.

Asked about possible reprisals from Beijing, a spokesman for Chinese diplomacy, Zhao Lijian, did not wish to expand. “The United States will pay the price for its bad thing. Stay tuned,” he told reporters.

On the night of Monday to Tuesday, Liu Pengyu, spokesman for the Chinese embassy in the United States, said politicians calling for a boycott of the Games were doing so “for their own interests and political postures.” “In fact, no one would care whether these people come or not, and that has no impact on the success of # Beijing2022,” he wrote on Twitter. “Frankly, the Chinese are relieved to hear the news, because the fewer American officials there are, the fewer viruses there will be,” the Chinese state tabloid Global Times tweeted.

Asked to respond at a press briefing, Chinese diplomacy spokesman Zhao Lijian accused the United States of having violated the principle of political neutrality in sport. “The United States’ attempt to disrupt the Beijing Winter Olympics, based on ideological bias, lies and rumors, will only expose for all to see the malicious intentions of the United States,” a- he said.

Zhao Lijian again called Western countries’ accusations about the situation in Xinjiang the “lie of the century” but did not say what retaliatory measures Beijing would take against Washington, as he announced on Monday.

Russia supports Beijing, France in discussions with other EU countries

“We advocate that Olympic affairs remain free of all politics,” Kremlin spokesman Dmitry Peskov said, noting that “the main thing (…) is that (American) athletes are not concerned. “by the boycott.

Accused since 2015 of having set up an institutional doping system, Russia is suspended from major international competitions until 2022, his hymn, his flag and even his name being banned. Russian clean athletes are, however, allowed to participate in these competitions as neutral athletes.

Russian officials, including Vladimir Putin, have also been banned from attending international competitions unless invited by the host country’s head of state.

France has “taken good note” of the announcement by the United States of a “diplomatic boycott” of the Beijing Winter Olympics and will “coordinate” with the other countries of the European Union on this matter. , said the Élysée on Tuesday. “When we have human rights concerns, we tell the Chinese ‘and’we took sanctions on Xinjiang last March, “said the Élysée.

The British government, meanwhile, has not taken a decision on the participation of high officials in the ceremonies of the Winter Olympics, a spokesman for Prime Minister Boris Johnson said on Tuesday. “We will take our position in due course,” he said.