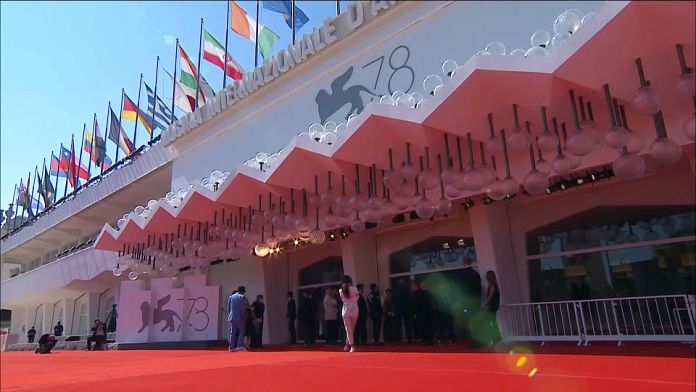 A biopic about Diana with Kristen Stewart, a Russian film about torture and redemption, or the new Almodovar ? There Venice Film Festival hands this Saturday 11 September its prestigious Golden Lion, at the end of a very open competition to the end.

Last year,”Nomadland” of Chloe Zhao, melancholic journey among the losers of America, had won, before receiving a few months later the Oscar for best picture.

Who will succeed the Chinese-American director this year ? In total, 21 films have been viewed by the jury of South Korean Bong Joon-Ho, winner of the Palme d’Or 2019 in Cannes with “Parasite”.

At his side, to separate these films from the United States, France, Italy or the Philippines, two men and four women, including Chloe Zhao and the Franco-Belgian actress Virginie Efira.

Among the films that have had the favor of international critics compiled by the daily newspaper of the Festival, “The dog’s share“, of Jane Campion, is among those who stand out.

Palme d’or in 1993 for “The piano lesson“, the director tackles the question of masculinity in this stifling closed-door setting in a cowboy world, with Benedict Cumberbatch and Kirsten Dunst.

In a completely different genre, a couple of Russian filmmakers, Natalia Merkulova and Alexei Chupov, impressed with his visual and narrative mastery in “Captain Volkonogov escaped“, parable on torture and redemption, in St. Petersburg of the Stalinist era.

On the interpretation awards side, the American Kristen Stewart convinced many festival-goers with her performance as Lady Diana in “Spencer“, of Pablo Larrain, a dive into the intimacy of this woman refusing to give up her freedom in the corseted universe of the Windsor.

The awards will also be a new opportunity to measure the power of streaming platforms that have become major actors of the 7th art, and who have seen their dominance further strengthened by the pandemic.

Unlike Cannes, the most prestigious competition but whose Netflix films are denied due to lack of theatrical release in France, these platform feature films are welcome in Venice.

Netflix had already marked the spirits in 2018 by winning the Golden Lion for”Roma” of’Alfonso Cuaron, which went on to win the Golden Globes and Oscars.

This year, in addition to Jane Campion’s film, the platform also produced Paolo Sorrentino’s new film, the very personal”The hand of God“, and acquired the rights to “The Lost Daughter“, which marks the transition to the direction of actress Maggie Gyllenhaal, other serious candidates for the Golden Lion.

Whatever the track record, the Mostra will have in any case managed to bounce back after a very lean 2020 vintage, in full pandemic.

The festival was organized only two months after the Cannes festival, which proved its ability to stay connected to the avant-garde by crowning “Titanium“, a genre film.

Venice, which in recent years has become a launching pad for the Oscars, is also a favorite rendezvous of American stars, who crowded on the red carpet of the Lido.

Matt Damon and Ben Affleckfriends since childhood, on Friday climbed the steps for “The last Duel“, of Ridley Scott, a few days after the stars of “Dune“: Timothée Chalamet, Rebecca Ferguson, Oscar Isaac or Javier Bardem.