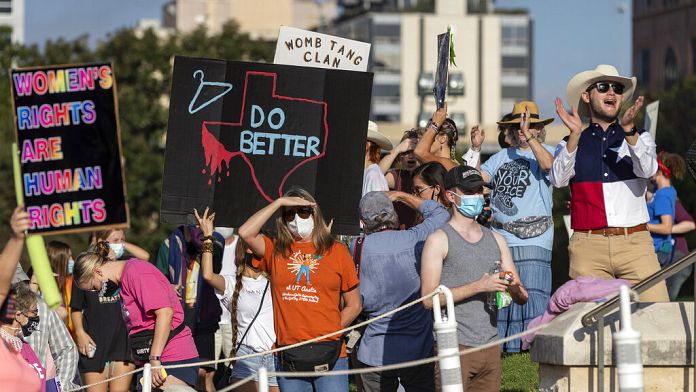 A federal judge Texas temporarily blocked Wednesday a controversial law banning the majority of abortions in that state, as part of a lawsuit filed by the state”s Biden Government who immediately welcomed a “victory” for Texans.

“This court will not allow this shocking deprivation of such an important right to continue for another day”, wrote the judgeRobert Pitman in its decision, which the State of Texas can appeal.

The Texas can temporarily no longer enforce this law, supported by Republicans, according to the ruling.

U.S. Justice Secretary, Merrick Garland, spoke in a statement of“a victory for women in Texas and for the rule of law”. “We will continue to protect the constitutional rights of all those who seek to undermine them”.

Texas law, which went into effect on September 1, prohibits abortions once the embryo’s heartbeat is detected, or at about six weeks of pregnancy, when most women do not know they are pregnant. It does not provide for exceptions in cases of incest or rape, but only in cases of medical emergency.

In recent years, similar laws have been passed by a dozen other conservative states and struck down in court because they violate the jurisprudence of the U.S. Supreme Court. It guarantees the right of women to have an abortion as long as the fetus is not viable, i.e. around 22 weeks of pregnancy.

But the Texas text has a unique device: it entrusts “exclusively” citizens to enforce the measure by encouraging them to file complaints against organizations or individuals who help women to have an illegal abortion.

“Babies with a beating heart”

The Supreme Court, where conservative judges are in a clear majority, invoked these “new procedural issues” to refuse, a month ago, to block the law as requested by abortion rights defenders.

By then, the federal government had entered the judicial arena, citing its interest in enforcing the constitutional rights of Americans.

“For more than a month, Texans have been denied access to abortion because of an unconstitutional law that should never have taken effect”, reacted in a statement Alex McGill Johnson, there president of Planned Parenthood.

Ms. McGill Johnson said she hoped that this decision would allow clinics to start performing abortions again, while recalling that “battle” be “far from over”.

“While the court’s decision allows us to breathe a sigh of relief, the threat of Texas’ abortion ban continues to hover over the state”, a renchéri Brigitte Amiri, of the civil rights organization ACLU. “We already know that the politicians behind this law will stop at nothing until the total ban on abortion”.

On the contrary, the group of abortion opponents Susan B. Anthony List denounced the decision of“an unelected judge” while “the people of Texas have spoken through their elected officials and want to protect babies with beating hearts”.

Democratic President Joe Biden promised in September “an immediate response” of his government, to whom he had ordered to find “measures to ensure that Texas women have safe and legal access to abortion”.

Last week, tens of thousands of women demonstrated in the United States to defend abortion rights. “No matter where you are, this fight is on your doorstep today”, had launched Alexis McGill Johnson in Washington.