While we thought the Stade Rennais cured of his ailments this Wednesday after the victory as sparkling as historic against the promoted Clermont 6-0, now that the Breton club has just received a very sad news, which could harm the good results of the club this season.

Everything seemed to get better in Rennes in recent days, after the 6-0 victory against Clermont Foot. With a remarkable performance, Bruno Genesio’s men returned to victory after a black streak of three consecutive defeats in Ligue 1. While the SRFC coach was cautious after the game, saying that there was still a long way to go, the victory provided a considerable boost of confidence in a workforce still in search of automation. A good dynamic unfortunately held back by a very bad news. 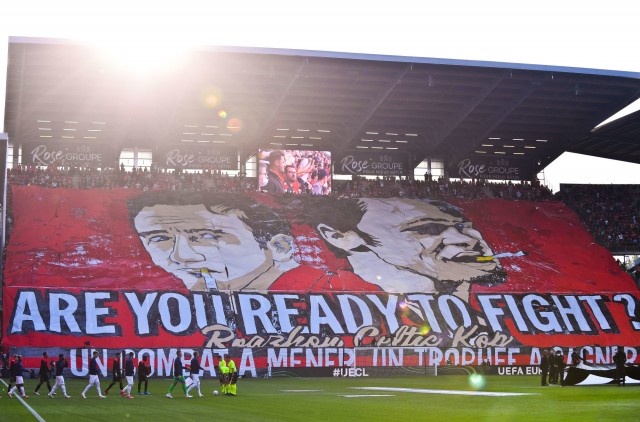 The Roazhon Celtic Kop, the main group of supporters of the Stade Rennais, has taken the shock decision to suspend all its activities until further notice. Via a statement on social networks, the mythical entity of the Breton club indicated that this was following the theft of a home tarpaulin. An event that the latter describe as “watch-apens”. “We would like to inform you that we are suspending all of our activities in and out of the gallery. The effect of this announcement is immediate and for an indefinite period, writes the RCK. The reason that leads us to make this heavy decision is the theft of our home tarpaulin in circumstances worthy of a lookout on one of our members and that directly affect the safety of his family“, informed the RCK on Twitter.

The SRFC will therefore be deprived of its group of supporters number 1 this Sunday at 13h, against the Bordeaux Girondins and in Arnhem against Vitesse, next Thursday, in Europa League Conference.

Longoria towards a big disillusionment in Serie A