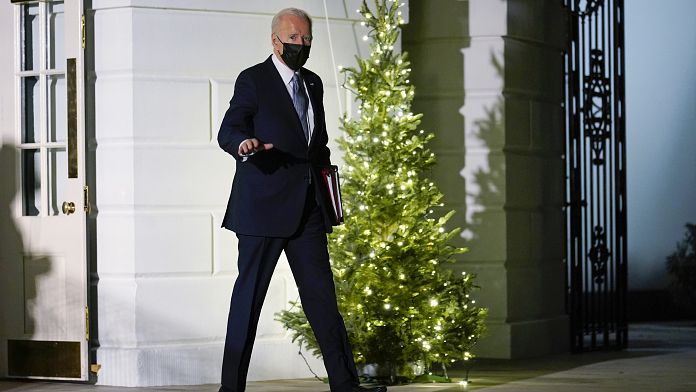 The American president declares that he is preparing “initiatives“in order to protect Ukraine from a possible Russian invasion. For several weeks, the situation has been very tense on the Russian-Ukrainian border. Kiev and its Western allies accuse Russia of massing tens of thousands of soldiers there. aim to invade Ukraine.

“The likelihood of a large-scale escalation on the part of Russia exists. The most likely time is the end of January. “said the Ukrainian defense minister during a speech on Friday December 3rd. He adds that”The solution“is to render an attack”unacceptable“for the aggressor, calling on his allies to put pressure on Moscow.

Stormy exchanges between Moscow and Washington

While the US Secretary of State and the Russian Foreign Minister have both said they want a diplomatic solution to the border crisis, discussions during their meeting in Sweden were heated. Moscow accuses NATO of wanting to expand eastward by joining Ukraine. For its part, Washington says it is in possession of “evidence” of future Russian aggressions against Ukraine. According to a senior American official interviewed by the Washington Post, the Kremlin plans to launch “100 battalions made up of tactical groups with an estimated strength of 175,000 men, as well as tanks, artillery and other equipment”.

A new crisis 7 years after Russia’s annexation of Crimea

An exchange between Vladimir Poutine and Joe Biden is planned in the coming days without a precise date being known. This new escalation takes place seven years after Russia’s annexation of Crimea and the start of the conflict between government forces and pro-Russian separatists. Since 2014, more than 14,000 people are believed to have died as a result of the conflict.