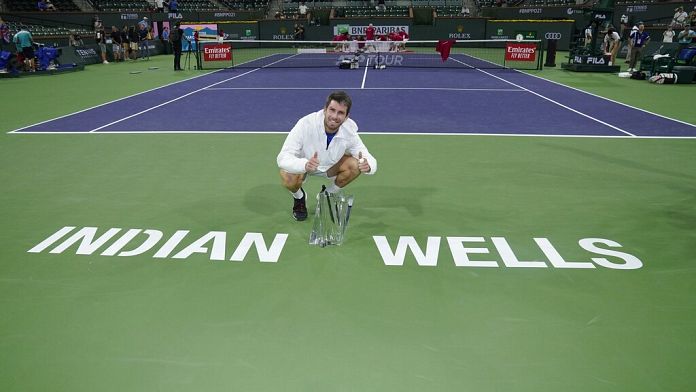 The bettors who had bet on him had to touch a nice jackpot : Cameron Norrie won to everyone’s surprise the “Indian Wells Masters 1000.

The Briton took advantage of the absences of Djokovic, Nadal and Federer, and the premature defeats of Medvedev, Zverev and Tsitsipas to clinch the greatest title of his career.

In the aftermath of his victory over Grigor Dimitrov, he defeated the Georgian Nikoloz Basilashvili in three rounds: 3-6, 6-4, 6-1.

Led a set and a break, he was able to raise his level of play to reverse the course of the match, also taking advantage of the direct errors of his opponent.

Thanks to this success in California, Cameron Norrie, who was born in South Africa 26 years ago and grew up in New Zealand, has entered the Top 20 of the ATP rankings.