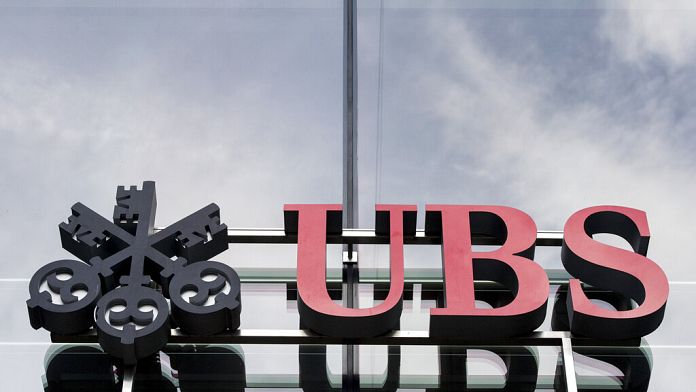 The Swiss bank UBS was ordered on Monday to pay a total of 1.8 billion euros by the Paris Court of Appeal for aggravated money laundering of tax fraud and illegal bank directing, a sum well below the 4.5 billion inflicted in the first place. instance.

The president detailed at the beginning of the afternoon a decision radically different from that pronounced by the court on February 20, 2019, arousing questioning looks in the small packed room where the defendants and lawyers were held.

The court of appeal condemned the global heavyweight of wealth management to a fine of 3.75 million euros, as well as a confiscation of one billion on the deposit of 1.1 billion euros already paid by UBS during the investigations, as well as to 800 million euros in damages to be paid to the State, civil party.

Almost three years earlier, the court had imposed a fine a thousand times greater: 3.7 billion euros, matching this sentence with the same 800 million in damages.

The reasons for the court were not immediately available. Between the two trials, however, the Court of Cassation, the highest French judicial court, issued several decisions likely to modify the calculation of the fine incurred by UBS.

During the appeal trial, valuing at 9.6 billion the assets concealed over the period, the public prosecutor had taken into account these judgments and requested a fine of “at least” 2 billion euros.

The French subsidiary UBS France was also acquitted of the prosecution for complicity in money laundering aggravated by tax evasion, but condemned for complicity in illegal bank canvassing, to a 1.875 million euros fine – against 15 million at first instance.

Four of the six former executives prosecuted were also sentenced to suspended sentences of up to one year and a fine of 300,000 euros, most of them lighter than those imposed by the court, which had also sentenced five of between them.

“The decision is difficult to understand,” responded UBS AG lawyer Hervé Temime. “It is a decision whose financial consequences are less than 2.7 billion”, but “in principle, there is a conviction, so we will reflect to see if we form an appeal in cassation,” he said. he adds

“It is not satisfactory to be convicted of money laundering when we consider that the facts are not established, but from the point of view of the fine, it is a substantial improvement”, reacted Denis Chemla, another lawyer of UBS AG. “After that, there remains the mystery of this confiscation of the billion, which has not been mentioned by anyone,” he added.

After having stalled all morning while awaiting the decision, the UBS share took off on the Swiss Stock Exchange: at 13:15 GMT, the title gained 1.88% to 16.78 Swiss francs.

In this case, UBS AG was found guilty of having sent Swiss salespeople to France to “hunt” the wealthy clients of its French subsidiary, spotted in particular during receptions, concerts or golf tournaments, in order to convince them to open undeclared accounts in Switzerland.

The prosecution also estimated that the bank had set up a parallel accounting, the “milk books”, to mask these cross-border movements of capital – a simple tool for evaluating bankers, assured UBS.

The banking establishment has always maintained that it respected the law, asserting that there was “no beginning of proof” of illegal canvassing.

Questioned in France at the same time, the Swiss subsidiary of the British bank HSBC chose to pay the tax authorities 300 million euros in 2017, via an agreement then unprecedented in France.

In the United States, UBS, notably accused of having allowed more than 17,000 Americans to evade the tax authorities, escaped a trial by paying $ 780 million in 2009.

Rui Rio, the leader of the Portuguese opposition who must convince even in his ranks