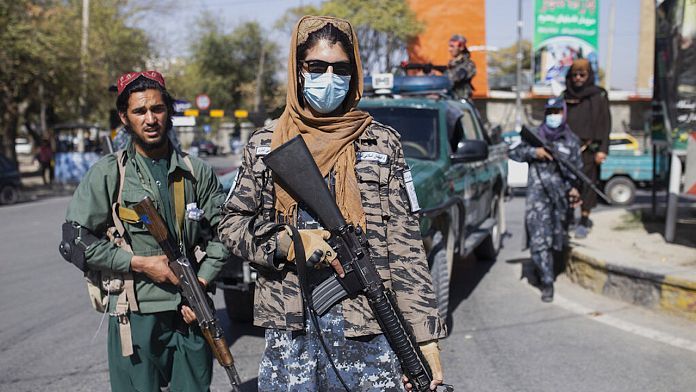 This was one of the commitments made by the Taliban when they captured Kabul: there will be no revenge against those who collaborated with foreign forces and Afghan security forces. However, two and a half months after their arrival in power, the testimonies collected by the NGO Human Rights Watch draw a completely different reality. A hundred people may have already been murdered, in secret, by the jihadist group.

It was August 15th. At the end of a lightning offensive, which saw them take one by one the provincial capitals of Afghanistan, the Taliban triumphantly returned to Kabul. The last pocket of resistance fell as easily as the rest of the country, the new masters now have their hands free.

A free hand to take revenge on the former collaborators of the Afghan state? This is the accusation made by the human rights NGO, Human Rights Watch in a new report.

Thanks to interviews it was able to conduct on the spot with dozens of witnesses, the NGO affirms that, since August 15, 2021, at least 100 members of the Afghan security forces have been assassinated or have disappeared.

However, when they arrived in Kabul, the Taliban had promised that there would be no revenge. On August 17, the spokesperson for the Zabihullah Mujahid movement declared that “the war is over” and that “[le chef des talibans] forgave everyone “.

In fact, according to the testimonies collected by HRW, the capture by the Taliban of the ministries and administrations allowed them access to information on the collaborators of the security forces of the Afghan state. The fall of Ashraf Ghani’s government having been so rapid, many documents, including the names of police informants in particular, were left behind.

“The promise of amnesty made by the Taliban leaders did not prevent local chiefs from summarily executing or removing former members of the Afghan security forces.”accuses Patricia Gossman, deputy director of the Asia division of Human Rights Watch.

In the sights of the jihadist group, members of the NDS (Afghan intelligence services), prison guards and former special forces including the Khost group, CIA-trained paramilitaries accused of atrocities during years of pro-US civilian rule.

After taking power, the Taliban demanded that former members of the security forces register in order to receive a letter guaranteeing their safety. “However, the Taliban used these checks to detain and summarily execute or forcibly disappear people within days of their registration, leaving their bodies at the disposal of their relatives or their communities.”, indicates the report. If they failed to report to the Taliban administration, they risked arrest.

This is the case of Baz Muhammad who worked for the NDS. Based on several testimonies, the NGO claims that he was arrested on September 30 at his home in his house in Kandahar. His body will be found several days later.

In the Taliban repression apparatus, the denunciation is also frequently used. After years of war, the enmities and the desire for revenge of some benefit the Taliban and allow them to obtain often falsified information.

This is what happened to Afghan director Roya Heydari. His brother was accused in early October of being a member of the security forces and arrested in Mazar-e-Sharif before being released, under pressure from an online support campaign.

As a sign of a change in the Taliban’s approach to their communication, the group reacted to accusations made by HRW. They claimed to have relieved of their posts the individuals responsible for the violations but provided no evidence to this effect.

On September 21, the Taliban announced the creation of a commission to investigate reports of human rights violations, corruption, theft and other crimes.

“The Taliban’s baseless claims that they will take action to prevent abuse and hold perpetrators to account seem, so far, to be nothing more than a publicity stunt,” concludes Patricia Gossman. In the face of the climate of impunity, it is clearly necessary that the United Nations continue to monitor the human rights situation in Afghanistan, in particular by carrying out rigorous monitoring, investigations and reports.