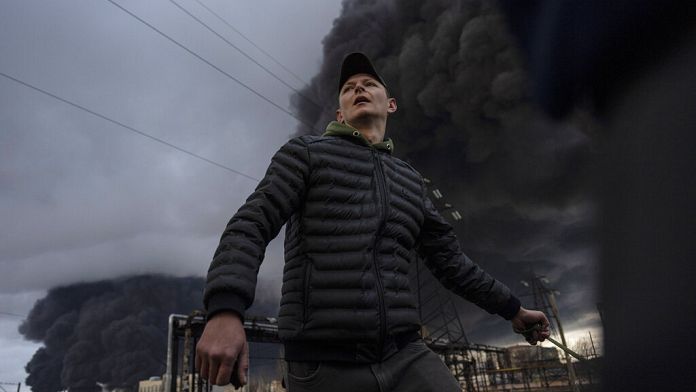 A rocket attack partially destroyed a refinery in Odessa.

The Russian Ministry of Defense confirms the firing of “sea and land” missiles.

The bombardment took place on Sunday morning at dawn.

The Russians explain that the site supplied fuel to the Ukrainian forces in the direction of Mykolaiv.

Mykolaiv is the last major city further east blocking the advance of Russian soldiers towards Odessa.

This is the first time that the inner city of Odessa has been bombed since March 21.

“It was 6 o’clock this morning, everyone was asleep,” said a young man watching the fire ravaging the fuel tanks. “That’s a piece of shrapnel that landed here. The oil depot caught fire: we were bombed, it is very bad. Very sad and scary. Why do that ? Here there are young children, old people, not a single bomb shelter And here’s what we got!”

The bombardment on the refinery caused no casualties.

Sergio Ferreira de Alemeida is Euronews’ special correspondent in Odessa: “This morning’s explosions and the cloud of smoke behind me remind the inhabitants of Odessa that the threat is very present, especially with the 14 ships Russian warships with their guns pointed towards the land.”