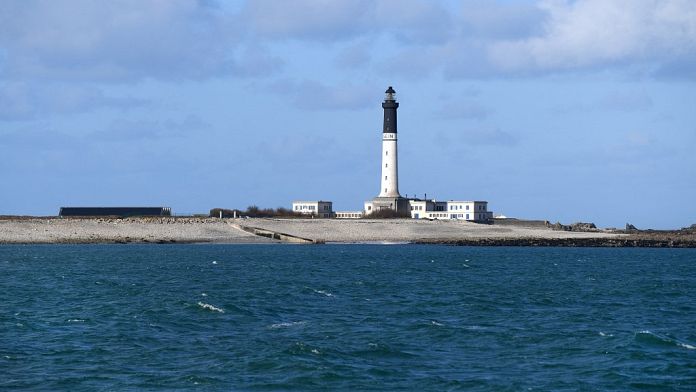 The inhabitants of the island of Sein, off the coast of Finistère (western France), are worried about the consequences of climate change on their islet at the water’s edge.

It is a small rock placed on the Atlantic Ocean: the island of Sein, off the coast of Brittany.

Some inhabitants see that their island is increasingly under attack from the sea. Among them, Serge Coatmeur, former lighthouse keeper.

“A century ago, he says, we were walking on the piece of rock there, there was earth and grass, since then everything is gone. There are quite a few places, even on the east side, I have a friend who tells me: my grandmother grew potatoes, and there I don’t really see where you can grow potatoes. The change takes place before our eyes and it is on a human scale.”

The land suffers erosion, the waves carry pebbles, the dykes are regularly damaged by storms…

However, not everyone is alarmed.

“Yes, there are storms, comments Christine Poilvet, owner of a restaurant on the island. But there always have been. There are no more. __Frankly it does not worry me, it is not a subject that worries me.“

The mayor, he recognizes that the storms are more and more violent.

Here, we remember in particular that of 2014 and the damage it caused.

But on this piece of France set on the ocean, the population cannot resign itself to leaving.

So Charlyne, a 22-year-old young woman.

“We don’t have a lot of height here, we are a maximum of 6 meters above the water level so yes it is very worrying. However, I will not leave here! I have always lived here since I was little, we are attached to our island!“

After having looked at the sea for a long time, the former lighthouse keeper takes a worried look at his island, which he sees as a laboratory for climate change.

And he regrets that this climate issue has so far been totally absent from the presidential campaign, overshadowed by the health crisis and the war in Ukraine.

Tiergarten murder: a Russian sentenced to life in Berlin, the Kremlin implicated