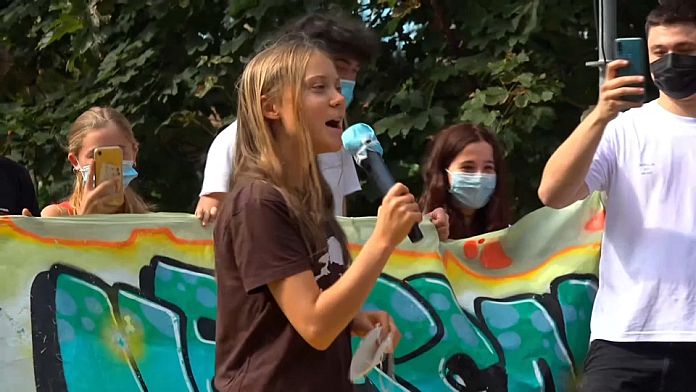 A month before COP26, the UN”s Climate Conference, the pressure is mounting, sustained in particular by young people, mobilized in recent days in Italy. “There is still a lot of work to do“, acknowledges the President of COP26.

More than a month before COP26, the United Nations climate change conference, which is scheduled to take place in early November in Glasgow, Scotland.

The pressure is mounting, sustained in particular by the mobilization of young people.

They have organized demonstrations in recent days in the streets of Milan, Italy, where a preparatory conference for COP26 was being held.

Alok Sharma is the President of COP 26.

“There is still a lot of work to be done,” he said on Saturday. __There is no doubt that these young people demonstrating around the world, will hold all world leaders to account if at COP26 we are not able to credibly say that we have kept the goal of limiting the temperature to +1.5 degreesU.S.A.. »

But in recent years, a number of signatory countries have been reluctant to recognize this 1.5°C target.

The UN Secretary General has called on countries to make firm commitments at this upcoming COP26, which he says will be the most important climate conference since the one in Paris 6 years ago.