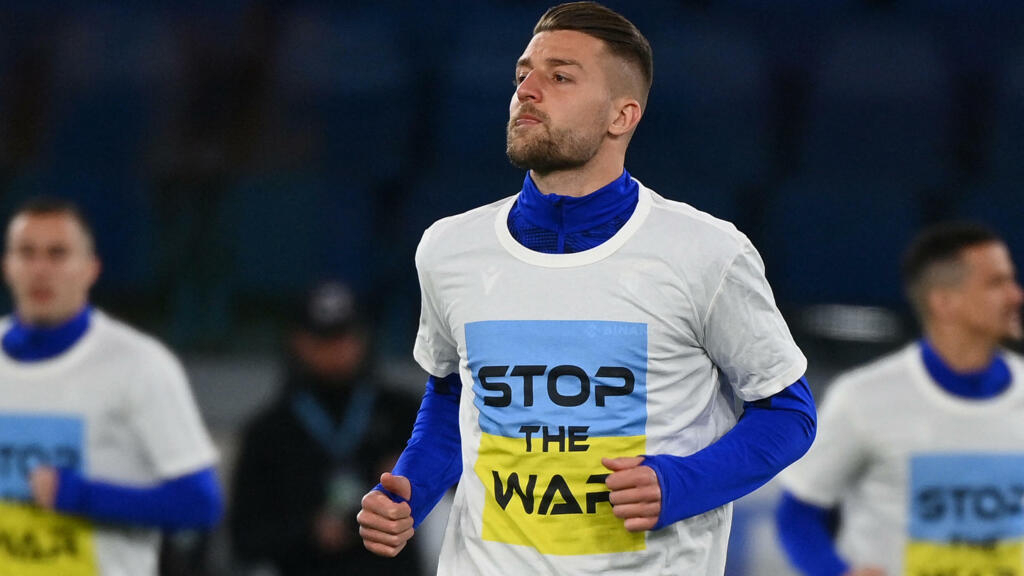 After the recommendation, on February 28, of the International Olympic Committee to ban Russian and Belarusian athletes from competitions, sanctions are raining down on Russia. Overview.

Instrument of Russian “soft-power”, the sports world continues to sanction Russia and to condemn the invasion of Ukraine. The largest country on the planet, with its 145 million inhabitants, was completely excluded from international competitions

With its appeal “not to invite or allow the participation of Russian and Belarusian athletes and official representatives in international competitions” and its withdrawal of all Olympic honors from senior officials including Vladimir Putin, the International Olympic Committee (IOC) has broken with a long tradition of non-intervention in political or geopolitical debates.

>> War in Ukraine: “The sports authorities have taken their responsibilities by excluding Russia”

And for now, this recommendation seems to be largely followed through: Russia seems to be following the path of Slobodan Milosevic’s Yugoslavia and apartheid South Africa in the history of sports pariahs.

Hosts of the last world in 2018, the Russians were excluded, Monday, February 28, from the 2022 edition in Qatar (November 21-December 18) by the International Football Federation. Fifa and UEFA have jointly announced the suspension of Russian national teams and clubs from all their competitions “until further notice”.

Questioned by AFP, Fifa had not confirmed, Monday evening, if Poland, which was to play a play-off for the world at the end of March against Russia, was directly qualified for the final of these play-offs or if another format would be retained.

The UEFA executive committee will also meet soon to decide on the impact of the exclusion of the Russian team on the Women’s Euro, scheduled for July in England.

The body chaired by Aleksander Ceferin has also decided to exclude the last Russian club still in contention from European competitions. Spartak Moscow will not play its round of 16 Europa League round against Leipzig, which has qualified directly for the quarter-finals. She also moved the Champions League final from Saint Petersburg to the Stade de France.

The contract was estimated at 40 million euros per year, according to specialized media, and covered the Champions League, international competitions organized by UEFA as well as Euro-2024 which will take place in Germany.

Also sponsored by Gazprom, the German club Schalke 04 had already announced the termination of its contract, and Manchester United, for its part, decided to do without the Russian airline Aeroflot.

A major figure in the Premier League for 15 years, the Russian oligarch Roman Abramovich, owner of Chelsea, has announced that he has entrusted “the administrators of the Chelsea charitable foundation with the management” of the London club, a withdrawal that is still unclear.

Another sensitive case, AS Monaco, owned by Russian billionaire Dimitri Rybolovlev. The Monegasque club is very discreet on the subject

On Tuesday, the International Volleyball Federation withdrew the organization of the World Volleyball 2022, scheduled for August and September in Russia. Poles and French, respectively world and Olympic champions, had, even before this decision, warned that they would be forfeited if the competition was maintained there.

World Athletics, the international athletics federation, chose to follow this path by announcing on Tuesday the exclusion of Russians and Belarusians “for the foreseeable future and with immediate effect”. No Russian athlete will participate in the indoor worlds in Belgrade (March 18-20) or the World Championships in Eugene (Oregon) next July.

The International Skating Union (ISU) announced on Tuesday that no Russian or Belarusian skater “will not be allowed to participate in events organized” by the federation.

Among them, the Swedish and Norwegian ski federations said that Russian athletes were not welcome on their territories in March. The International Ski Federation, for its part, has canceled all competitions planned in Russia. Flags and anthems of Russia and Belarus have been banned by the International Biathlon Federations.

All Russian and Belarusian teams have also been banned by the International Hockey Federation – depriving the Russians of the 2022 World Cup in Finland.


For the moment, the IJF has not announced any sanctions for Russian and Belarusian athletes.

In basketball, Fiba also announced on Tuesday that Russian teams would not be allowed to participate in its competitions “until further notice”.

Fina (International Swimming Federation), which has canceled its competitions on Russian soil, allows swimmers to line up as individuals.

Decision similar to swimming on the part of the International Fencing Federation (FIE), whose boss, Russian-Uzbek businessman Alisher Usmanov, targeted by Western sanctions, has also announced that he will back.

A cerebral sport and an integral part of the Russian soul, chess did not stand apart when it came to condemning Russia. The International Chess Federation (Fide), however headed by Arkadi Dvorkovitch, close to the Kremlin, announced the day after the entry into Ukraine of Russian troops that its Olympiads, its most prestigious competition seeing national teams compete against each other, would not take place in Moscow.

>> Sanctions against Russia: the world of chess also in the game

In tennis, the announcements made on Tuesday by world authorities only concern team competitions. Russian and Belarusian players were thus excluded from the Davis Cup and the Billie Jean King Cup, of which Russia is the defending champion, but players from both countries, such as the Russian Daniil Medvedev, brand new world No. the Belarusian Aryna Sabalenka (n°3), will be able to play the tournaments of the circuit including those of the Grand Slam.

The International Cycling Union (UCI) struck hard by excluding the Russian and Belarusian teams from its events and by withdrawing its UCI status from the professional team Gazprom/RusVelo, the only high-level Russian team in the international peloton.

The UCI Management Committee has today decided to bring into effect a number of measures following the IOC recommendations.

Russia and Belarus have been suspended from participating in international rugby “until further notice”, world governing body World Rugby have said, with “full and immediate” sanctions following the invasion of Ukraine.

Russia’s World Rugby membership has also been suspended indefinitely, ending Russia’s slim hopes of qualifying for the World Cup, which will be played next year in France.

Sochi is a symbol of Russian sporting “soft power”: host city of the Winter Games in 2014, it also hosts the Russian Formula 1 Grand Prix. But this will not be the case this season: the competition promoter, Formula One, canceled it.

The American team Haas, for its part, questioned its partnership with its Russian sponsor Uralkali.

Frank Williams, founder of the famous stable, is dead

Basketball | Basketball – NBA: A Lakers rookie claims his friendship for Durant and Irving!