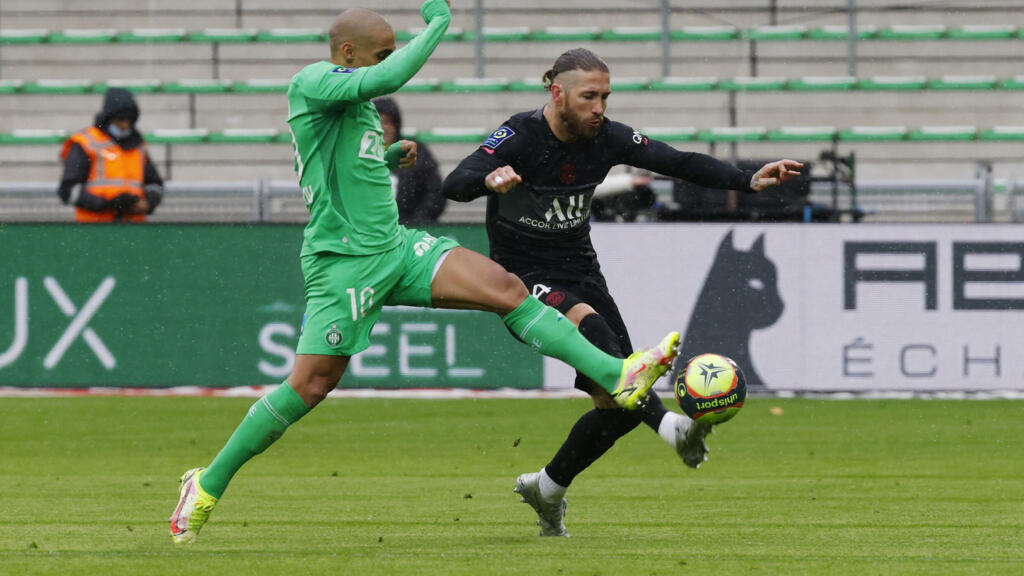 Recovering for several months from injuries, Spanish defender Sergio Ramos finally made his debut with PSG against Saint-Étienne on Sunday.

It took a long time, but Sergio Ramos finally released his Parisian jersey on Sunday, November 28. Recruited this summer, but recovering for a long time, the experienced Spanish defender made his debut with the PSG, under the snow of Saint-Étienne (3-1).

Accustomed to the Madrid sun and the Andalusian heat, Ramos discovered his new jersey, his new partners and his new environment, finally resuming the thread of his career disrupted by injuries.

Absent from official matches since May

Since the beginning of May, the former emblematic Real Madrid captain, who joined Paris in July after 16 seasons in merengue, had not played in an official match.

Blame it on recurring calf problems, which delayed its integration and sowed doubt on the ability of the 2010 world champion to regain his level, at 35 years old.

“These are difficult times, moments of loneliness, many hours spent in the gym, with the physiotherapist, the physical trainer …”, admitted Ramos in an interview, broadcast Sunday by Amazon Prime Video. “Finally, hard not to feel a little negative, which sometimes makes you doubt. But I have always believed in myself and in my work.”

Ninety minutes in the field

Ramos, of which it was only the eighth game played in 2021, had to take his trouble patiently: his return, initially hoped for in September, dragged on. He only resumed collective training during the international break in early November.

And he did not make his first trip to the Parisian group until Wednesday, on the lawn of Manchester City in the Champions League (2-1 defeat), without coming into play. This is to say if his debut in Ligue 1 were expected.

Playing the entire 90 minutes of play, Ramos responded with mastery, from the height of his immense experience. We saw him applaud his partners and give voice, dismiss hot balloons on a corner (22nd) or admire his clear transverse lines to change the game.

“He has experience, he’s a great champion. He brings us his experience, his knowledge, his know-how, everything that has built him as a player,” warned his trainer, Mauricio, on Saturday. Pochettino.

Sunday, Ramos was also the Parisian who touched the most balls in the first period, with about fifty interventions.

Ramos did not succeed in everything, however, missing this or that transmission due to disagreements with partners he still discovers.

“I can’t wait to get back to my best level”

But as Mauricio Pochettino had also underlined at a press conference, Ramos “needs competition and to adapt to a new championship”, a Ligue 1 that the defender considers “hard, very physical”.

Recruited for two seasons, that is until 2023, the quadruple winner of the Champions League is now keen to show that he did not come to Paris on early retirement.

“I am fully focused to show myself up to the confidence that has been shown in me, I can not wait to find my best level,” he said at the microphone of Prime Video. “I think I can be competitive for another four or five years, as long as the lead follows. I hope I don’t have any more physical problems.”

On the Internet, “body shaming” is less popular

Basketball: Evan Fournier’s confidences on failure at the Olympics!