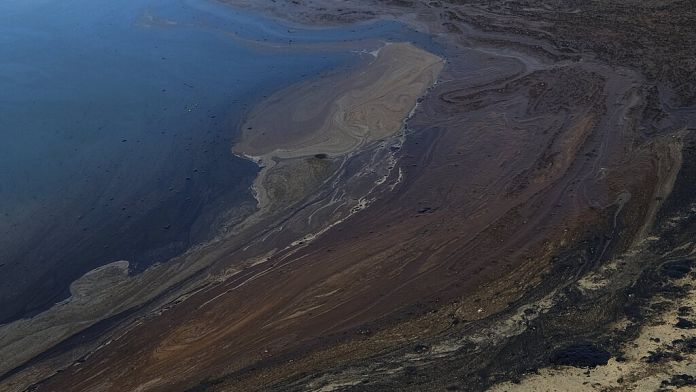 US authorities were trying Sunday to contain an oil spill near the coast of California, covering nearly 34 square kilometers and whose environmental damage was already being felt”.

The oil spill will have”irreversible consequences on the environment“, denounced a local official, Katrina Foley, many dead fish and birds having been found on the coast.

The most affected locality, Huntington Beach, south of Los Angeles, had to cancel the last day of an air show, the Pacific Airshow, in order to ensure “full and unhindered access to the marine environment“.

The origin of this flow, estimated by the municipality to be nearly 480,000 litres, has not yet been determined with certainty, but it is believed to be a leak from an oil pipeline about 8 km from the coast, according to Ms. Foley.

Initial analyses of the hydrocarbon showed that it was “crude oil post-production“, according to this official.

Warning of the “toxicity“of this substance, Huntington Beach asked residents to stay away from the affected areas, avoid the beach and not swim.

Major efforts to contain this oil spill were underway Sunday, with city services working, according to a statement.

“Skimming systems and floating dams have been deployed to prevent oil from reaching the Bolsa Chica Ecological Reserve and Huntington Beach Wetlands“, details the text.

However, these wetlands are already suffering “significant ecological consequences”, he regrets.