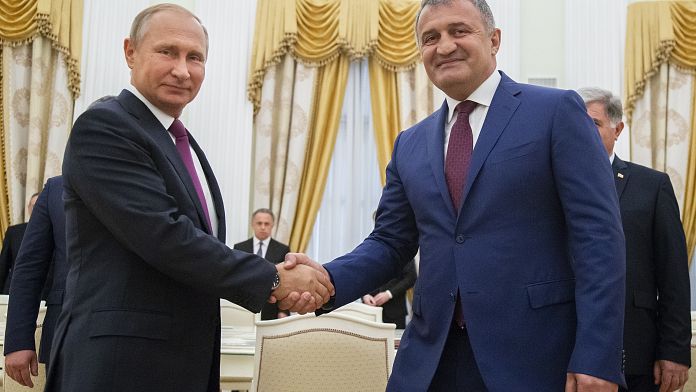 The head of South Ossetia, a pro-Russian territory in the Caucasus that seceded from Georgia, planned on Wednesday March 31 to organize a popular consultation to be attached to Russia.

“We must, of course, ask the people for their opinion and make sure that the people express themselves on the possibility of joining the Russian Federation.“, said Anatoly Bibilov, live on a Russian TV channel. “It’s not very difficult to do without dragging. As they say, it’s a technical question.“, he continued, assuring that joining Russia was an “age-old dream” of the Ossetian people.

Independence of the territory

South Ossetia and Abkhazia are two regions of Caucasus having seceded from the former Soviet Republic of Georgia. Their independence were recognized in August 2008 by Russia, following a blitzkrieg between Tbilisi and Moscow. Since that conflict, Russian forces have been permanently stationed in South Ossetia and in Abkhazia.

This declaration comes as the Russian army has been leading an offensive in Ukraine since February 24, officially to come to the aid of two other pro-Russian separatist territories, those of Lugansk and Donetsklocated in eastern Ukraine.

Last week, Anatoly Bibilov had moreover announced that it had sent soldiers from South Ossetia to Ukraine to “help protect Russia“.

On Sunday, the leader of the separatists of LuganskLeonid Passetchnik, told him that a referendum would take place “in the near future” for this region to join Russia. He also regularly comes out in favor of a merger with Moscow.