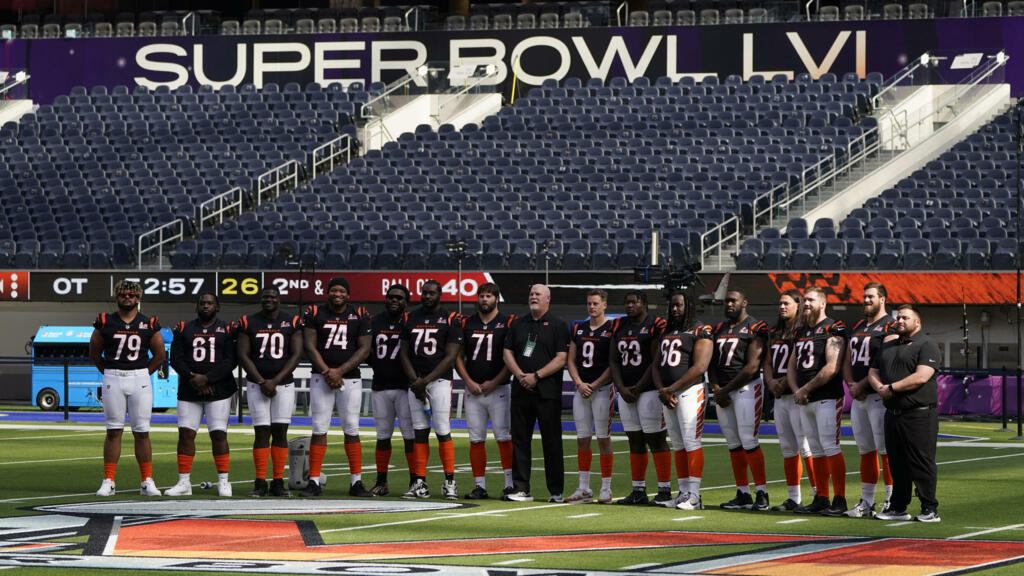 SoFi Stadium will host the 2022 edition of the Super Bowl on Sunday evening, the grand final of the American National Football League championship. Located in California, the stadium is the most expensive sports facility in the world.

It is the most watched sporting event in United States. the super-bowl will be played on Sunday February 13 in the enclosure of the SoFi Stadium, the most expensive sports facility in the world, with ground in the basement, giant circular screen and glass roof of more than 90,000 square meters.

For James T. Butts Jr, mayor of Inglewood, a suburb of Los Angeles where the stadium is located, entering SoFi Stadium “is like stepping inside a video game”.

For his Rams team, which shares the venue with LA’s other team, the Chargers, owner Stan Kroenke dreamed big, with a bill of $5.5 billion, more than double the cost initially projected (2 ,2 billion).

The stadium, for which online financial services company SoFi is expected to pay around 625 million in sponsorship fees by 2040, can accommodate around 70,000 people in normal configuration.

But the capacity can be increased to 100,000 spectators, which should be the case for the opening and closing ceremonies of the 2028 Olympic Games, during which the enclosure will be temporarily renamed Los Angeles Olympic Stadium.

Located on a site of more than 120 hectares in alignment with one of the runways of LAX airport, the stadium had to be built with a ground housed more than 30 meters below ground level, so as not to obstruct traffic. air.

It is covered by a giant claw-shaped canopy, over 90,000 square meters, which shelters bad weather while allowing light to pass through. It is reminiscent of the Canopée des Halles in Paris, which gives the impression of a space that is both closed and open to the outside.

The architects used special translucent panels which, on the upper face, make it possible to transform the roof into a giant screen, with animations visible from an airplane.

Inside the complex has been installed another giant screen, circular in the form of a long strip 110 meters long, which goes around the field and broadcasts images on both sides.

The NFL professional football league could not have dreamed of a better way to present itself to the tens of millions of viewers who will follow the Super Bowl on Sunday.

To attend this final between the Los Angeles Rams and the Cincinnati Bengals in the stadium, inaugurated in September 2020, it was necessary to put on the table this week at least 4,000 dollars per place on resale sites.

The new boxes built at ground level to be closer to the action, called Field Cabanas, were already sold out several days before the event.

A little further from the lawn, others were still trading at more than 1.1 million dollars per space, for around twenty people.

an unprecedented and grandiose opening ceremony on the Seine