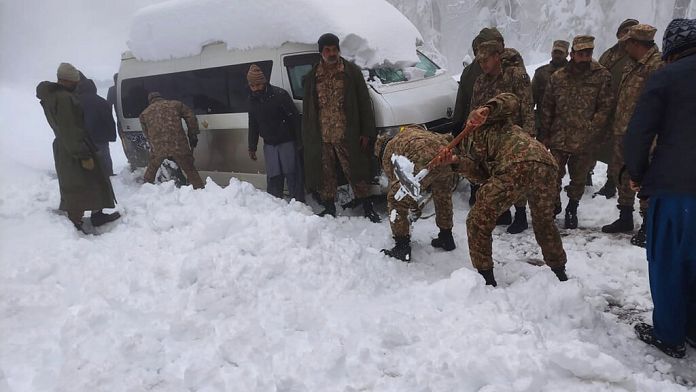 At least 21 people have died in Pakistan, trapped in a monster traffic jam caused by tens of thousands of visitors rushing to a mountain town with unusually heavy snow, authorities said on Saturday.

Pakistani rescue services, Rescue 1122, published a list of 21 people who died, including a police officer, his wife and their six children. Hasaan Khawar, a spokesperson for the Punjab government, said they were frozen to death in their car.

It was not immediately clear whether the other victims, including the five members of another family, died from the same cause or from carbon monoxide poisoning breathed in the cabin of their vehicle.

The minister of the Interior, Sheikh Rashid Ahmed, said the army was mobilized to clear the roads and rescue the thousands of people still stranded near Murree, located about 70 kilometers northeast of the capital Islamabad.

Videos shared on social media showed cars immobilized, bumper to bumper with up to a meter of snow on their roofs.

Information Minister Fawad Chaudhry announced that “decades” weather records had been broken in the past 48 hours.

For several days, many photos had been shared on Pakistani social networks showing tourists playing in the snow around Murree, a town founded in the 19th century by the British as a sanatorium for their colonial troops.

Authorities in Punjab province announced that Murree had been declared “disaster area” and asked the population not to go there immediately.

Pakistani Prime Minister, Imran Khan, said he was shocked but also annoyed by the tragedy.

“Unprecedented snowfall and a stampede of people moving without checking the weather conditions caught the district administration off guard.”, he tweeted.

The authorities had already warned last weekend against the overflow of visitors to Murree but that did not prevent many residents of Islamabad from rushing there again.

“It is not only tourists, the local population also faces serious problems”, said Usman Abbasi, another stuck tourist.

“The gas bottles are exhausted and there is no more drinking water in most neighborhoods – either it’s frozen or the pipes are damaged by the cold.”, he said, adding that the hotels were running out of food.

Located at an altitude of 2300 m, Murree clings to the sides of several hills and its narrow access roads are regularly congested, even in good weather.