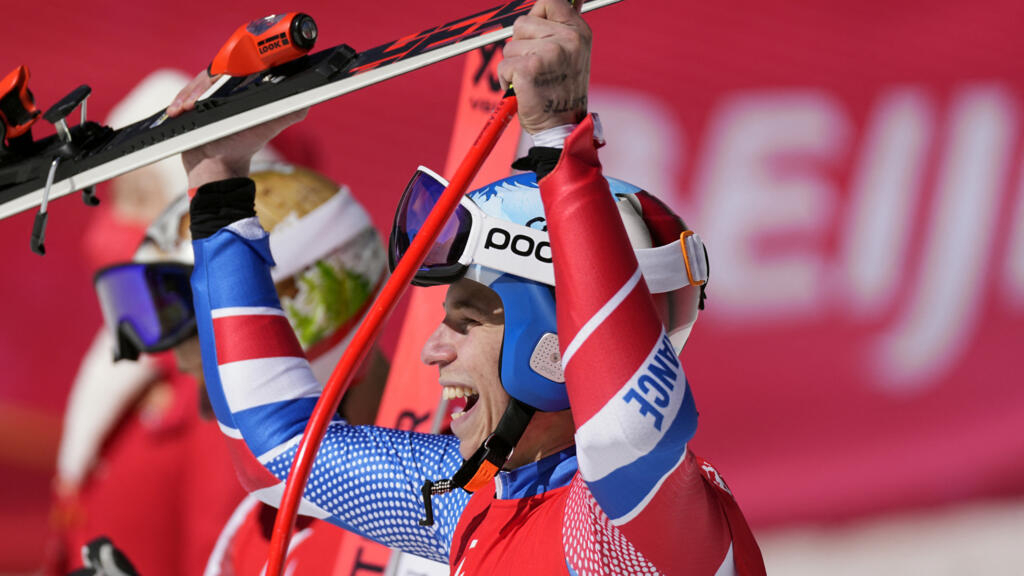 French skier Arthur Bauchet won the downhill title at the Beijing Paralympic Games on Saturday (standing category). He thus offers the first gold medal to the French team. His compatriot Hyacinthe Deleplace won bronze in the downhill in the visually impaired category.

A great confirmation for Arthur Bauchet, already multiple world ski champion and who won four silver medals at the Pyeongchang Paralympics in 2018.

“It’s crazy! To hear the Marseillaise, everyone comes for that”, reacted the young skier. “It was a great fight again today.”

“I said I was coming there to have fun. The pleasure was 100% on the track. What I missed was the result.”

After leaving Pyeongchang with 4 silver medals, King Arthur wins the grail in the Downhill event: the gold medal 🤩

Associated with his guide Valentin Giraud-Moine, the native of Villeurbanne was preceded by the Austrian Johannes Aigner, gold medalist, and the Canadian Mac Marcoux. “I would have liked to do better. Only, I did not put all the ingredients that I had been able to put two days ago (during training). And it is felt directly”, reacted Hyacinthe Deleplace after the race .

The 32-year-old had won three gold medals at the world championships in Lillehammer this year. A specialist in athletics for a long time, he notably won two junior world championship titles in the 100 and 400 meters in 2007, before starting a career in skiing in recent years.

“I started this project to live these moments. I’m a little disappointed, but happy all the same,” he said on Saturday.

The Winter Paralympics take place March 4-13 in Beijing and the surrounding mountains.

Basketball – NBA: The unusual exit of Popovich on the return of Ginobili to Spurs!