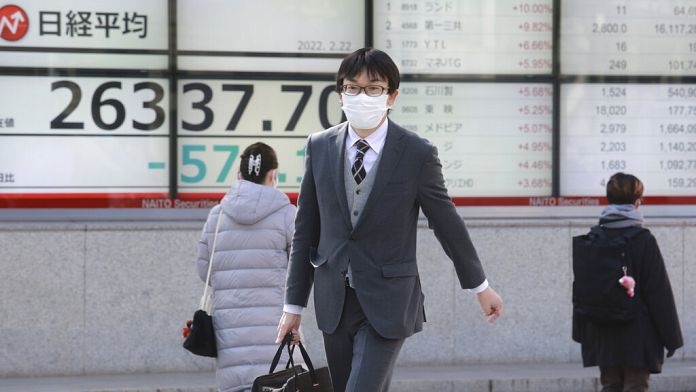 The Russian stock market sank on Tuesday morning, the indices dipping between 8% and 11% at the openingafter Moscow’s recognition of the independence of the pro-Russian Ukrainian separatist regions, in the midst of the Russian-Western crisis.

The IMoex, denominated in rubles, fell by 8.8%.

The Russian currency, which fell sharply on Monday evening, was also somewhat damaged on Tuesday.

Most European stock markets for their part started in the red on Tuesday frightened by the military escalation in Ukraine.