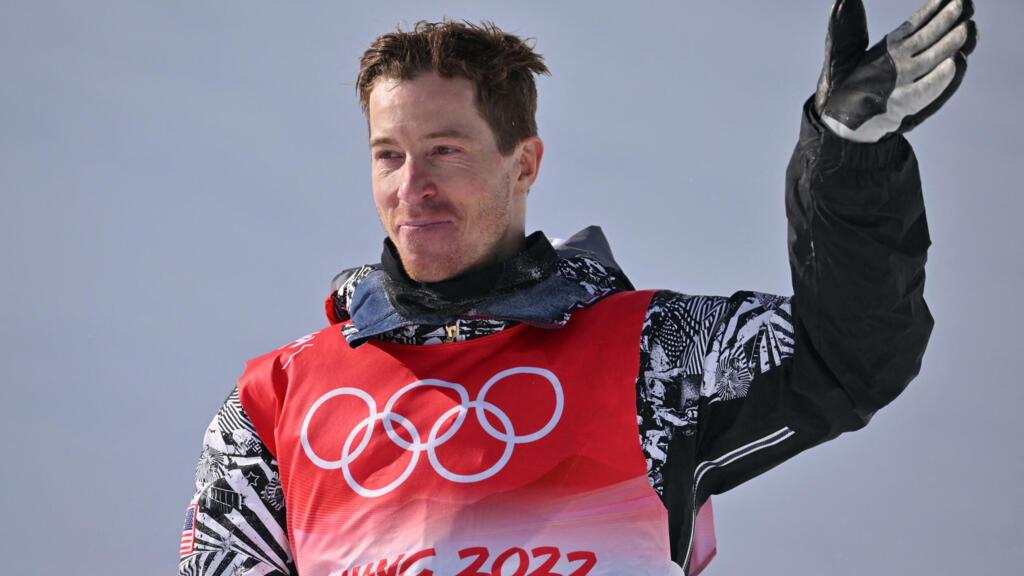 American snowboarding legend Shaun White bid farewell to the competition by finishing in 4th place in the half-pipe event on Friday, while Switzerland’s Lara Gut-Behrami won the Super-G and the Norwegian Marte Olsbu Roeiseland flew over the sprint in biathlon.

Despite everything, Shaun White managed a real feat: instilling a little emotion, with his tears and the unanimous homage of his opponents and spectators, at the Games which were sorely lacking so far.

“I obviously wanted more today,” he said, in tears. “I’m still proud of what I’ve done.”

The one who was nicknamed “Flying Tomato” or “Red Zeppelin”, left a lasting mark in the history of his sport: “His heritage shines through in every rider here”, assures his compatriot Taylor Gold, 5th. “We do all these figures partly thanks to him.

The new generation is already here

Shaun White can leave with a free spirit: he no longer had enough to compete with the new generation embodied by Ayumu Hirano.

The 23-year-old Japanese won gold by becoming the first to perform three triple corks in competition, i.e. triple somersaults combined with four turns on himself. The double Olympic vice-champion was ahead with 96.00 points of Australian Scotty James (92.50 pts) and Swiss Jan Scherrer (87.25 pts).

In super-G, the title went to the Swiss Lara Gut-Behrami who won Olympic gold for the first time, her second medal in Yanqing after the bronze of the giant.

“It’s great to have managed to ski like that, it was easy to ski with this snow. It’s a track that we didn’t know. We didn’t even have downhill training, so it’s was the unknown”, summarized Gut-Behrami who was not spared by injuries.

The American Mikaela Shiffrin, eliminated in slalom and giant, remained far from the podium (9th).

In speed skating, the Swede Nils Van der Poel added to his title in the 5000m that of the 10,000m, with a world record at stake, ahead of the Dutchman Patrick Roest, already silver medalist in the 5000m, and Italian Davide Ghiotto.

Van de Poel is the only one to disturb the insolent domination of the Netherlands on the ice of the National Oval in Beijing.

In biathlon, the leader of the World Cup, the Norwegian Marte Olsbu Roeiseland, flew over the sprint to win her second title of the fortnight, ahead of the Swedish Elvira Oeberg and the Italian Dorothea Wierer. She will be the big favorite in the pursuit on Sunday.

doping and imbroglio, the case of the Russian skater Kamila Valieva