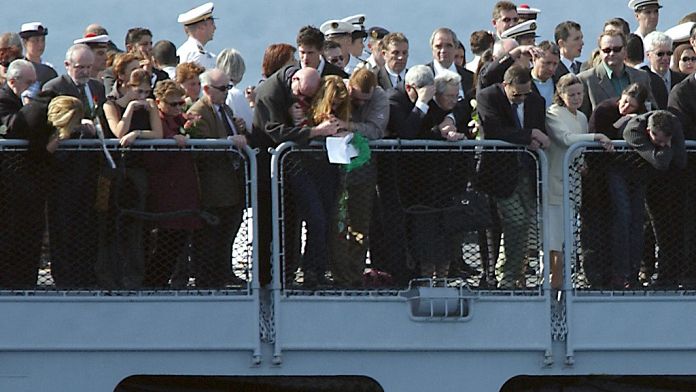 The families of the victims had been waiting for it for a long time: the former boss of the Egyptian company Flash Airlines was indicted in December in Paris in the investigation into the crash of a Boeing 737 off Sharm el-Sheikh (Egypt ) in 2004 which killed 148 people, including 134 French.

According to a judicial source confirming information from the Parisian, Mohamed Nour, chairman of the board of directors of the low-cost company, since liquidated, was indicted in December 2021 by a Parisian examining magistrate.

This is the first indictment in this case, 18 years after this tragedy.

On January 3, 2004, the Flash Airlines plane crashed in the Red Sea three minutes after taking off from the resort, killing its 148 passengers and crew. Among them were 134 French.

The judicial investigation, opened in Bobigny on the very day of the tragedy, ended in a dismissal in 2017. Justice then considered that the charges against the Egyptian company and the crew were “insufficient”, the investigation not allowing “to retain any other hypothesis than that of faults attributable to the piloting team”, who died in the accident.

But seized by the families of victims, the Paris Court of Appeal in September 2019 ordered the resumption of the investigations, deeming “insufficient” the attempts made during the investigation to collect the explanations of the former president of the council directors of Flash Airlines.

She then returned the 37 volumes of this procedure to the hands this time of a judge of the collective accidents pole of the Paris court so that he tries to collect the explanations of this leader and examines his possible responsibilities in the disaster.

On September 29, 2021, Mr. Nour, who for a long time had not responded to summons from French justice, in particular due to restrictions linked to the Covid-19 pandemic, was heard by the Parisian examining magistrate now in charge investigations.

At the end of this interrogation, he was placed under the intermediate status of assisted witness.

But the magistrate finally decided to indict him on December 16 by mail, according to a source close to the file confirmed by the judicial source.

As the legal representative of the company, he is thus prosecuted for having contributed to the occurrence of the tragedy, in particular by granting the main pilot his qualification of “captain in a premature manner against the advice of the director of flight operations of the company. “, by not having provided pilots with human resources management training in the cockpit, and by letting the crew fly without sufficient rest time between flights, according to a source familiar with the matter.

Mr. Nour’s lawyer was unreachable Tuesday afternoon to comment on this information.

“In 18 years of proceedings, we have often asked that justice take an interest in the responsibilities of the company,” Isabelle Manson, president of the association for the defense of the families of victims, observed to AFP.

Welcoming the fact that the judge now in charge of the investigations is “not afraid to move forward”, she lambasted the “non-cooperation of Egypt” in this investigation.

Very involved in the procedure, the families themselves had appointed experts whose report, published in 2007, had pinned down all the players, including the Directorate General of Civil Aviation (DGAC), for not having prohibited flight the company.

In January 2019, the Paris court ordered the State to pay 10,000 euros in damages to the association for the defense of the families of victims for the unreasonable delays of justice in this case.