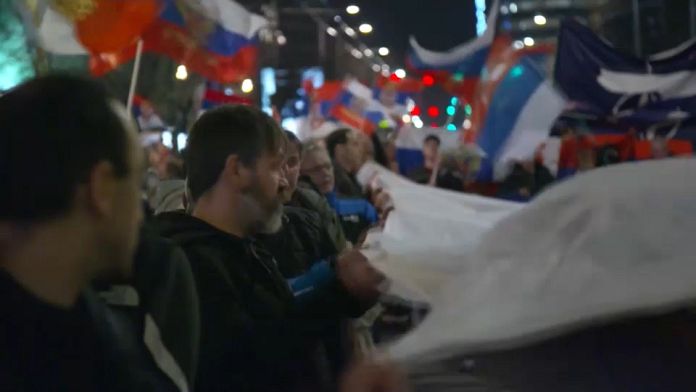 In Belgrade, hundreds of people from a far-right group held rallies in support of Moscow and the war in Ukraine.

In the country, public opinion is divided: many Serbs condemn the Russian invasion, even though they openly say they support Vladimir Putin. Serbia has refrained from expressing a firm position against the war in Russia. But mounting pressure from Moscow and the West could force Belgrade to choose sides.

For centuries, Serbia and Russia have been united by a strong alliance. Both countries share a Slavic and Orthodox heritage, and both shared an alliance during the world wars of the 20th century.