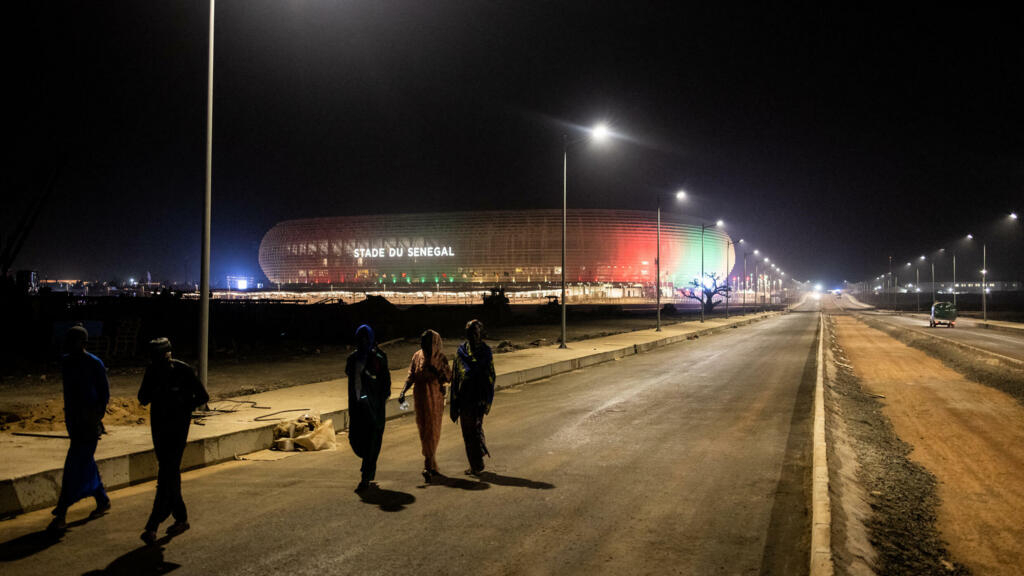 Senegal inaugurates its international standard stadium in Diamniado on Tuesday. The reigning African champion no longer had any approved enclosures to host international matches for several months.

At last. The Senegal, winner of the last African Cup of Nations (CAN) and the first African nation in the FIFA rankings, now has a stadium of international standards. It was inaugurated Tuesday, February 22 in the jubilation in Diamniadio, about thirty kilometers from Dakar.

Thousands of Senegalese traveled by bus or train to reach the 50,000-seat stadium whose name was waiting to be formalized but which should bear the name of former President Abdoulaye Wade.

“It’s a source of pride to have such a beautiful stadium in Senegal. The country needed that to restore the image of its football,” Bamba Dieng, 24, one of the spectators told AFP. namesake of the young Teranga Lions star.

“I have never seen such a beautiful stadium. I hope it will be well maintained so that it lasts a very long time,” said 29-year-old Ibou Ngom.

The enclosure is the only one approved by international bodies, the African Football Confederation (CAF) having withdrawn its approval at the Lat Dior stadium, in the Thiès region (70 km from Dakar), in May 2021.

“For what football represents in Senegal, for all that Senegal has great players, we needed a stadium the size of this team”, analyzes El Hadj Thierno Dramé, sports journalist.

This new stadium was built in a year and a half by a Turkish company at a cost of 156 billion FCFA (238 million euros). It is the second largest sports building in the country after the Léopold Sédar Senghor stadium (60,000 seats) built in 1985 in Dakar.

The new construction is part of a dynamic to make Dakar “a sports hub” in order to prevent matches from being relocated to Asia, says Mbaye Jacques Diop, communication adviser to the Ministry of Sports. The country is in a phase of rehabilitation of its stadiums, with the Youth Olympic Games in sight, which the country is hosting in 2026.

The Senegal stadium was to be officially inaugurated on Tuesday afternoon by President Macky Sall, in the presence of Turkish President Recep Tayyip Erdogan, and FIFA President Gianni Infantino among many personalities. The inauguration was to be followed by a gala match, pitting Senegalese football legends such as Aliou Cissé, current national team coach, against African football legends like Cameroonian Samuel Eto’o and Ivorian Didier Drogba.

The stadium will host its first big game on March 29. Senegal, which beat Egypt in the CAN final, will host the Pharaohs in the return match for the 2022 World Cup play-offs.

Olympic Games: Vincent Collet explains the reasons of the defeat against team USA!