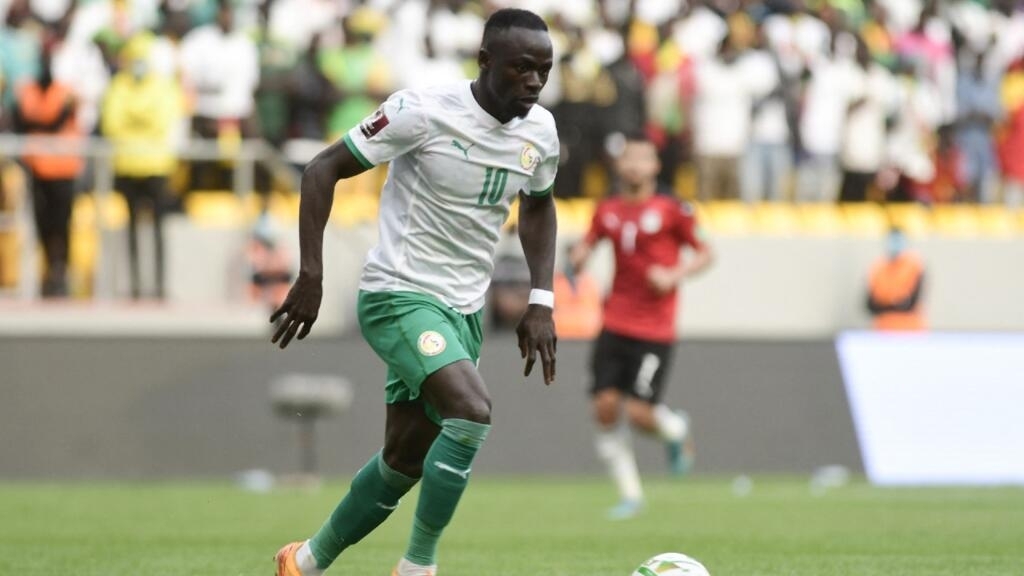 In a new and white-hot Abdoulaye-Wade stadium, the Senegalese had to wait for the penalty shootout to defeat Egypt and earn their ticket for the World Cup in Qatar (0-1, 1-0, 3- 2 a.d.). In two months, the Pharaohs will have lost an African Cup and a place in the World Cup against the Lions of Teranga.

Senegal was waiting firmly for Egypt. If the Pharaohs were heckled upon their arrival in the country, it was nothing compared to the welcome simmered by the fans of the Lions in the brand new stadium of Diamniadio.

The Senegalese moved en masse as soon as the doors opened at 10 a.m. By noon, the stadium was already half full in a yellow, red and green festive atmosphere. With a bit of blue too, a flag in support of Ukraine having been unfurled. At one hour from the start of the match, places were already scarce while a long line of spectators was still waiting to be able to enter the enclosure.

The Teranga Lions enter to thunderous applause as Sadio Mané, first under the lawn, harangues the crowd with broad arm gestures. The tone is set with the bronca which welcomes the first three Pharaohs under the lawn. Lasers are projected on the Egyptian staff. For the next two hours, Senegal decided to drop its nickname of “country of Teranga”or “hospitality” in Wolof.

Upon their arrival, the dozen coaches of Egyptian supporters are struggling to gain their place in the stands because their bleachers are simply occupied. They are also forced to go through one of the corners of the stadium and the edge of the field to reach the stand, where they receive projectiles despite the announcer’s calls for calm. “Biladi, Biladi, Biladi”, the anthem of Egypt is also copiously whistled as smoke exploded all over the stadium.

In these conditions, the Lions know that victory is imperative, especially with a 1-0 defeat in the first leg. Every touch of the ball, no matter how insignificant, gives rise to a standing ovation. The results are not expected. On a free kick on the right side obtained by Saliou Ciss, the defense pushes back badly. Boulaye Dia takes advantage of the mess to push the ball to the bottom of the cages (7and,1-0). He therefore becomes the first scorer in the history of the stadium in an official match.

A violent match, broken by faults

The match is on, and it will be hot. The teams surrender blow for blow, literally. on his bench, the volcanic Carlos Queiroz gets angry at the referee and his counterpart, Aliou Cissé, who also loses his temper. The two teams are struggling to get closer to the opposing goal, except on long shots, like those of Mohamed Elneny (14and) or Sarr (28and33and), or corner (24and).

Senegal-Egypt, for the moment the best man of the match: Mr. Ghorbal, the Algerian referee. #SENEGY


As at CAN-2022, Egypt shows its flawless defensive organization and a compact block that leaves little room for Senegalese offensives. The Lions do not panic, respond to the Egyptian physical challenge and seek the opening on a free kick: the ball is slipped to Mané, who overflows and crosses back towards Gueye, who does not put enough force in his shot (37and). Moments later, it was Nampalys Mendy who took his chance but the ball grazed the Egyptian post (44and).

At halftime, the announcer calls the crowd to calm down. Less smoke, fewer projectiles and more encouragement, he claims. Not enough to calm the lasers projected into the eyes of the Egyptians, nor the boos when they return from the locker room.

Trézéguet fails to shower the stadium. Mohamed Salah temporizes at the edge of the penalty area and launches it ideally on the left from 5.50 meters. The Galatasaray winger fires a cross shot from the left that Édouard Mendy pushes back to the ground (52and). Boulaye Dia, found in the area, tries to answer. The Senegalese claim a penalty following a charge from Emam Ashour, in vain (55and).

The Senegalese seem to resume their march forward, but Zizo fails to surprise his opponents by equalizing. The Pharaohs striker receives a cross from the right lane and places a cross header which takes Édouard Mendy on the wrong foot. The ball just misses the target (71and).

El-Shenawy in a state of grace

The stadium holds its breath when Sadio Mané ideally launches Ismaïla Sarr behind the defenders. The Watford winger comes up against Mohamed El-Shenawy, but opens his foot too much (82and). A failure that could haunt him for a long time, since it forced the two teams into overtime.

And in this 120-minute match scenario, Egypt proved they were second to none. Especially since the slightest goal would make things extremely complicated for the Lions. Ismaïla Sarr fails again against the goalkeeper (93and). Pape Abou Cissé and Cheikh Bamba Dieng emerge in turn from the corners taken on the left side by Sadio Mané, and place powerful recoveries from the skull that Mohamed El-Shenawy pushes back thanks to beautiful parries (94and). The two men fail again a few minutes later (103and). Each time, the doorman remains on the ground for long seconds to save time.

Less than two months after the final in Yaoundé, it seems that it was written that these qualifiers would again be played on penalties. Koulibaly misses his penalty from the start, which bounces off the crossbar, but Salah does worse by sending the ball into the stands. Two failures of the captains to start, that Saliou Ciss and Zizo imitate. Not Ismaïla Sarr, who after having stumbled so much on the Egyptian doorman finally finds the fault. Elsoulia does the same.

Idrissa Gueye once again gives the advantage to his team, while the Egyptian misses his attempt. As in Yaoundé, the match point is in Sadio Mané. The Lions superstar does not go into details and once again capsizes Senegal with happiness by qualifying the country for its third World Cup.

Smoke bombs, invasion of the field and general jubilation… In apnea for almost three hours, the Abdoulaye-Wade stadium lets its joy burst. It is necessary to believe that Senegal took a liking to the victory and to the tears of Egyptians.

Basketball – NBA: Covid-19, vaccine… Towards a thunderclap in Brooklyn for Kyrie Irving?