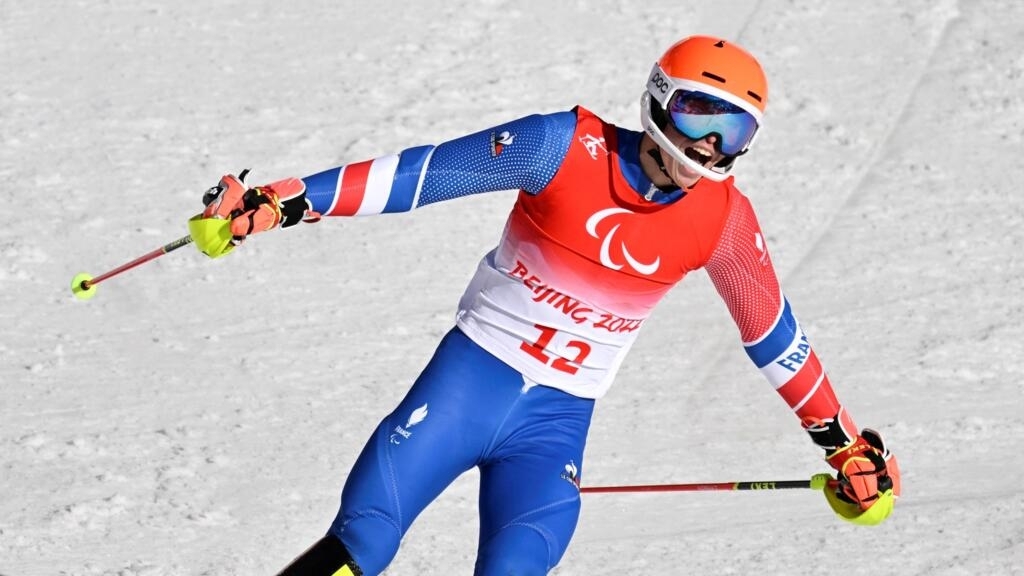 He stands out as the French next generation in Paralympic alpine skiing: Arthur Bauchet won on Monday March 7 a second gold medal at the Beijing Gameswhere Perpignan snowboarder Cécile Hernandez won, in tears, her first title at the age of 47.

With a smile on his lips, Arthur Bauchet, originally from the Var and licensed at the Briançon ski club, gave a cry of joy at the finish of the super combined, the event of the day.

“It’s just crazy to manage to ski here, after four years of preparation, it’s just great,” he reacted. “This medal, I really went for it.”

“The objective was to break everything in the first round (…). It’s perfect, even if physically, it was very hard”, explained Arthur Bauchet, whose legs gave way after the arrival.

The athlete, who evolves in the standing category, suffers from spastic paraparesis, a disease which causes weakness and muscular contractures of the legs.

The super combined combines a speed test (Super-G) with a technical test (slalom) and therefore rewards the most versatile athletes.

The tears of joy of Cécile Hernandez

Another great joy of the day on the French side with Cécile Hernandez, who at 47 won the first Paralympic title of her career, in snowboard cross.

“I’m very moved, because I really wanted this medal. It was a lot of fights and a lot of sacrifices,” said the sportswoman with multiple sclerosis in tears.

“This medal, I dedicate it first to my mother, because I lost it just before taking the start (for Beijing). I look to the sky for her.”

The Perpignanaise is also happy, with her title, to prove the resilience of people affected by her disease.

“It’s very important to show that we can overcome the barriers that multiple sclerosis imposes on us,” she concluded.

Disappointment on the other hand for the French star of Paralympic alpine skiing, Marie Bochetstill on the super handset.

Third after the first Super-G event, she finally finished fifth after an error during the slalom which caused her to lose precious seconds.

“There is a lot of frustration,” said the eight-time Paralympic champion, silver medalist the day before in the Super-G.

The same mishap happened to Hyacinthe Deleplace (visually impaired category), leading the Super-G heat but only fifth in the end after the slalom.

Oscar Burnham and Manoël Bourdenx end up 10and and 12andwhile Jules Segers did not finish the race.

France is now fifth in the standings with five medals (three gold, one silver and one bronze).

the anger of families after the stampede at the Olembé stadium