One year before the end of the contract, Samuel Umtiti could leave FC Barcelona during the next transfer window. While the Catalan management is pushing him towards the exit door, the tricolore central defender has already set his conditions for his possible departure.

Hit hard by a financial crisis, FC Barcelona had to significantly reduce its squad during this summer transfer window in order to register its new recruits and reduce its wage bill. It is in this perspective that the Catalans have parted ways with several players, including Lionel Messi (PSG) or Antoine Griezmann (Atletico Madrid).

Samuel Umtiti was also close to a departure this summer. Hampered by numerous knee injuries, the central defender lost his starting place in the Catalan squad. And while he remained at FC Barcelona this season, his situation within the club has not improved. Even worse, Samuel Umtiti no longer fit into the plans of coach Ronald Koeman. Since the start of the season, he has not played in a Barcelona shirt. The world champion appears today as an undesirable in Catalonia. For the newspaper Sport, this is no doubt : “Samuel Umtiti should leave Barça in the next winter transfer window”. 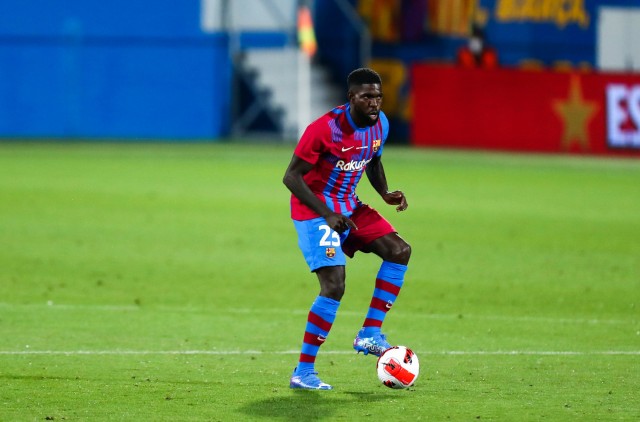 The Spanish media explains in fact that the French defender has made a reason for himself in relation to his situation at Barça. He would now be ready to leave FC Barcelona, but not on any condition. The source explains that Samuel Umtiti aims for an ambitious club playing the Champions League or, at a minimum, who is fighting for the title in his championship.

Now remains which suitor will respond favorably to the expectations of the former Lyonnais. Stade Rennais, OGC Nice, Olympique de Marseille, Lazio Rome or Besiktas were once announced in the footsteps of the 2018 world champion.