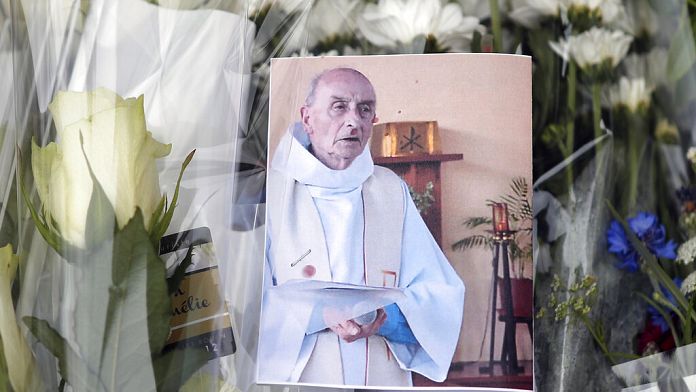 The Paris Special Assize Court on Wednesday handed down a sentence of eight years in prison against Yassine Sebaihia, ten years for Farid Khelil and thirteen years for Jean-Philippe Jean Louis at the trial of the Saint-Étienne-du-Rouvray attack. .

In the absence of the perpetrators of the murder of Father Hamel on July 26, 2016, two 19-year-old jihadists killed by the police, these three members of their family or telephone entourage had been tried since February 14 for “terrorist criminal association”. They faced up to thirty years of criminal imprisonment.

The public prosecutor had requested between seven and fourteen years of detention against them.

The fourth defendant, Rachid Kassim, propagandist of the Islamic State organization presumed dead in Iraq, was sentenced in his absence to life with a security period of 22 years for “complicity” in the assassination of Father Hamel in his church .

A two-thirds security period was pronounced for Jean-Philippe Jean Louis and Farid Khelil and, for the three defendants, a socio-judicial follow-up for a period of five years after their release from prison, including in particular an obligation to professional activity or training, and an obligation of care.

On Monday, the prosecution had requested seven years in prison for Yassine Sebaihia, nine for Farid Khelil and 14 for Jean-Philippe Jean Louis, with a two-thirds security sentence for the last two, and the “maximum sentence”, life with 22 years of safety, for Rachid Kassim.

Expulsion of Russian diplomats: the turn of Belgium, the Netherlands and Ireland